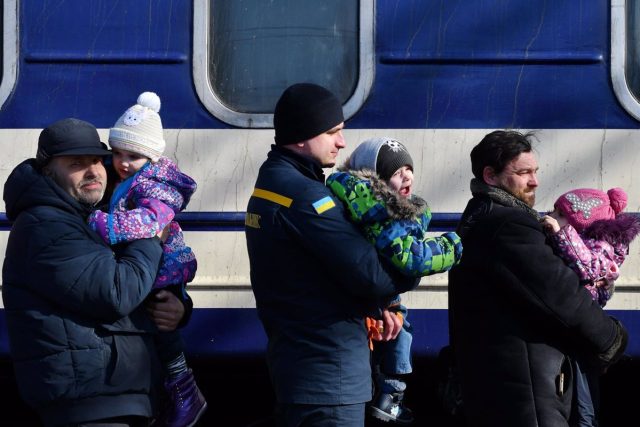 The United Nations High Commissioner for Refugees (UNHCR) warned on Tuesday that the number of Ukrainian refugees since the beginning of the Russian invasion could rise to 8.3 million and has urged its partners to do between “help urgent” for Ukrainian refugees and host communities in neighboring countries.

During a press conference, UNHCR spokeswoman Shabia Mantoo requested greater financial support for the agency to deal with the humanitarian crisis and assist neighboring countries that are “generously welcoming” Ukrainian refugees who arrive after run away from war.

UNHCR, which has launched its Regional Response Plan for the Refugees of Ukraine, has clarified that 1,850 million dollars (about 1,730 million euros) are necessary to offer help to the more than 8.3 million refugees who are expected to leave Ukraine to travel to Hungary, Moldova, Poland, Romania and Slovakia, mainly, in addition to Belarus, Bulgaria and the Czech Republic.

Read:  Scholz assures that there are currently no "plans" to admit Ukraine into NATO

“The plan has been launched in the face of continuous clashes, destruction and internal displacement. So far, the war has caused the mobilization of more than 12.7 million people in the last two months, of which five million have fled across the country’s borders and 7.7 million are internally displaced,” Mantoo warned.

Thus, the agency estimates that about 13 million people are in affected areas without being able to leave them due to the danger it poses. “The suffering caused by this war is staggering. Families, homes and infrastructure have been destroyed, while the trauma of war hits all those who have been forced to leave their homes, including women and children, who represent 90 percent of those who have left”, he lamented.

However, he stressed that since the beginning of the war the neighboring countries have kept their borders open and “have welcomed them”. “It is remarkable and shows what society as a whole is capable of,” she said.

UNHCR has thus explained that its plan focuses on “key sectors such as protection, food security, health and nutrition, education, basic needs, water, sanitation and hygiene, livelihoods and resilience , as well as energy, the environment and logistics”.

Thus, he stated that the measure seeks to guarantee that all refugees who leave Ukraine “have access to international protection and security” and argued that neighboring countries have “mechanisms and capacity to respond”, although the “scale of arrivals makes Greater support is needed for national services and protection systems”.

“Until the war ends, humanitarian needs will continue to grow and displacement will not stop,” he concluded.

Michael Meyers - September 29, 2022 0
Constantine 2 will take shape with Warner Bros. help, and Keanu Reeves will reportedly be reprising his role as John Constantine. It's suspected to be...