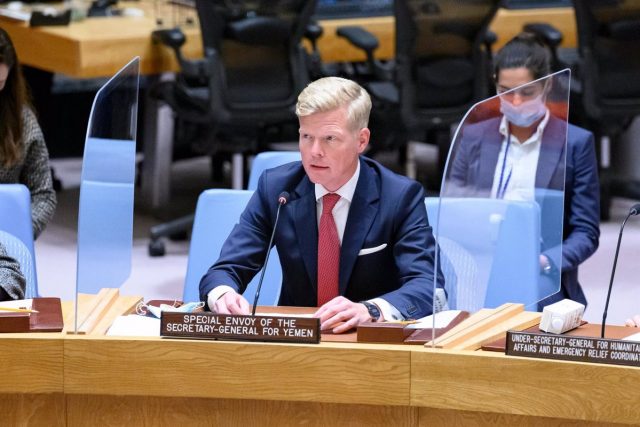 The United Nations special envoy for Yemen, Hans Grundberg, has visited Iran this Sunday, where he met with senior Iranian Foreign Ministry official Ali Asghar Khaji. Iran is the main international ally of the Huthi insurgents who control the center and north of the country.

Grundberg and Jayi “have reviewed the latest developments and strategies to resolve the conflict and reach a lasting solution,” the Iranian news agency IRNA has reported.

In particular they have agreed on the need to implement the commitments included in the cease-fire agreement and Khayi in particular has called on the Saudi-led international coalition to stick to the terms of the armistice.

Read:  Iran says sides 'closer than ever' to a deal on 2015 nuclear deal

He has also urged to end the obstacles preventing the arrival of humanitarian aid to the Yemeni people and in particular the blockade imposed by Riyadh and its allies in support of the government recognized by the international community.

Grundberg, for his part, recalled the peace initiatives promoted by the UN and stressed the need for continued political dialogue to build trust between the parties.

For Grundberg the extension of the cease-fire “is the best option available to achieve peace” and invited the parties to show more flexibility.

The war in Yemen pits the internationally recognized government, now represented by the Presidential Leadership Council and supported by a Saudi-led coalition, against the Huthis, backed by Iran. The Huthis control Sana’a and parts of the north and west of the country.

Read:  At least four dead and 30 missing after avalanche in northern India