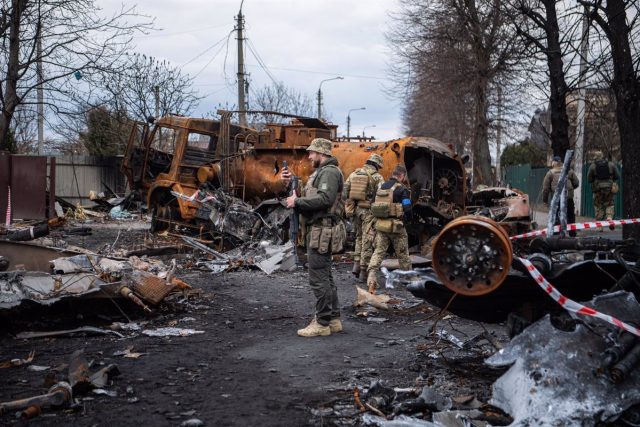 Ukrainian intelligence has indicated on Tuesday that Russia’s special services plan to carry out terrorist attacks on its own territory to “agitate” citizens and “inject anti-Ukrainian hysteria.”

As explained by the head of the Main Intelligence Directorate of the Ministry of Defense of Ukraine, Kiril Budanov, these attacks would be concentrated on homes, hospitals and schools and, after them, they would accuse the Armed Forces of Ukraine and the volunteer battalions of ” atrocities”.

Read:  Russia confirms an attack on a military factory near kyiv

Budanov, as indicated by Ukrainian Intelligence on Telegram, has considered that the “failed implementation” of the mobilization plan in Russia “forces the regime of (Russian President Vladimir) Putin to launch dirty scenarios” to “agitate” the Russian citizenship and consolidate their positions “against the Ukrainians”.

On the other hand, the General Staff of the Ukrainian Armed Forces has warned this Tuesday that the Russian forces will try to take control of the city of Mariupol, Popasna and launch an offensive in the Kurakhvo direction to reach the administrative borders of the Donetsk region.

Read:  Ukraine detains more than 60 men who tried to cross irregularly into Moldova

Through the social network Facebook, he has pointed to “signs of strengthening” of the anti-aircraft defense system in the Melitopol and Ilovaisk areas. In addition, the General Staff has assured that Russian troops are now trying to complete the regrouping and relocation of units in assembly areas in Belorod and Voronezh, as well as the relocation of air and special forces to airfields near the eastern borders of Ukraine. .