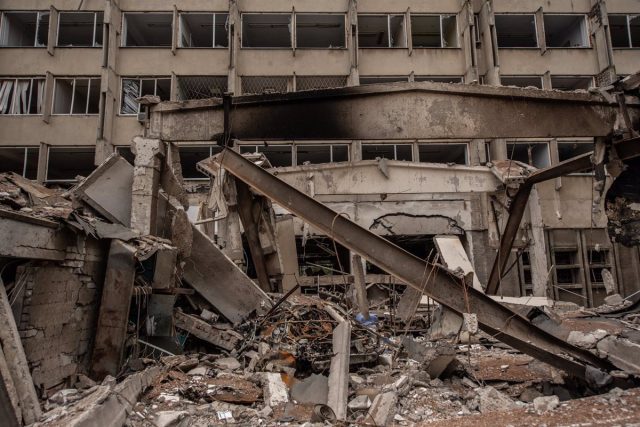 Ukrainian authorities reported Friday that at least five people have been killed and 13 injured after a Russian cluster bomb exploded near a public transport stop in the southern Ukrainian city of Mikolaiv.

“Attack with cluster shells at a public transport stop,” the head of the Mikolaiv regional council, Hanna Zamazeyeva, announced on her Telegram account. “Intentional attacks on civilians. Russia’s terrorist acts continue. Right now there are five dead and 13 wounded,” she let it be known.

The mayor of the city, Oleksandr Sienkovich, had already denounced earlier this morning in his first announcement of the attack, which occurred around 10.00 a.m., that Russia had indeed used this kind of ammunition, banned by several international conventions because of its indiscriminate nature.

Neither the Russian Government nor the Russian Army have made any statements in this regard, for the time being.

Ukrainian authorities, as well as NGOs such as Amnesty International, denounce that Russia has been using this type of ammunition practically since the beginning of the invasion of Ukraine on February 27.

Last month, Amnesty published a report identifying at least 28 indiscriminate shelling attacks launched by Russia on the Ukrainian city of Kharkov between February 28 and April 30, of which seven were carried out with this kind of ammunition.