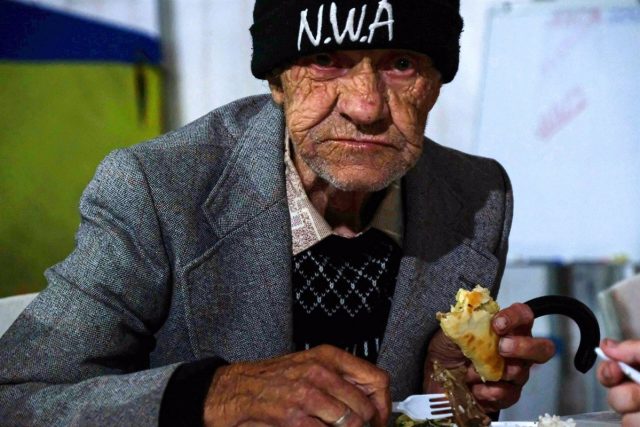 May 11, 2022, Zaporizhia, Ukraine: An old man eats some food after a long trip from Mariupol at the center for displaced people of Zaporizhia. Every day, displaced people from all over eastern Ukraine fleeing from combat zones or occupied territories by t – Rick Mave / Zuma Press / ContactPhoto

The Ukrainian authorities have denounced this Thursday that the Russian Army has destroyed almost 38,000 houses in Ukraine since the beginning of the war.

Read:  The Rwandan government intervened in the Rwanda security report submitted by the United Kingdom.

The Verkhovna Rada Human Rights Commissioner, Liudmila Denisova, has stressed that Russian troops have destroyed almost 38,000 houses in settlements, leaving more than 220,000 people in need of housing, at least for temporary residence.

Thus, he has asserted that due to the destruction of residential buildings in Ukraine by the Russian Army, more than 220,000 citizens need housing, as reported by Denisova on his Telegram channel, as reported by Ukrinform.

The Verkhovna Rada Human Rights Commissioner has signed a memorandum of cooperation with the Public Association International Association “ATA”, with the aim of providing temporary housing to citizens who have lost it.

Also, the Ombudsman and the International Association “ATA” have agreed to develop mechanisms for the protection of citizens’ rights to housing guaranteed by the Constitution of Ukraine.

More than six million people have been forced out of Ukraine since Russia launched its invasion in February, according to a count published this Thursday by the UN High Commissioner for Refugees (UNHCR), which recently warned that the figure is likely to continue. rising to over eight million.