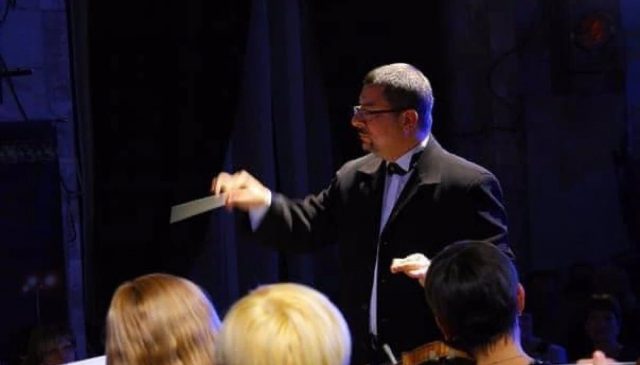 Ukrainian authorities have denounced the “brutal murder” of the conductor of the Kherson Philharmonic Orchestra, Yurii Kerpatenko, for refusing to collaborate with pro-Russian authorities.

The Ukrainian Ministry of Culture has reported that “Russian servicemen shot him in his own home after he refused to collaborate with the occupiers” and cites journalist Olena Vanina as its source.

Kerpatenko had worked in the Kherson Regional Philharmonic Orchestra since 2000 and since 2004 was the director of the Nikola Kulish Kherson Dramatic and Musical Theater Theater Theater. He was also the acting conductor of the Gilea Chamber Orchestra.

“Yurii Kerpatenko openly expressed his civic stance and refused to leave the Kherson region because of the occupation,” according to the Ukrainian Culture Ministry.

The Kherson.online portal explains that in view of October 1, International Music Day, Russian forces and pro-Russian authorities prepared a concert and were counting on Kerpatenko’s Gilea Chamber Orchestra for the concert.

With this concert they sought to demonstrate a return to normalcy, to prove the “recovery of peaceful life” in Kherson, but the conductor, Kerpatenko, refused to participate, the Ministry relates. “We express our sincere condolences to Yurii’s relatives and colleagues,” the Ministry noted.

The Kherson regional prosecutor’s office has reported that it has already opened proceedings for war crime and intentional homicide. “Representatives of the aggressor country shot the conductor of the Regional Philharmonic Orchestra in his own home in the city of Kherson because he refused to cooperate with them,” the Prosecutor’s Office said, according to Ukrainian media reports.

Read:  Sephardic descendants account for three-quarters of those applying for Portuguese nationality

The investigation points to the fact that the occupants tried to persuade him to cooperate with threats. The Ukrainian secret services (SBU) have taken over the investigation.

Ukrainian media claim that a friend and colleague of Kerpatenko, Terentii Shevchenko, has claimed that Russian servicemen shot him through the door of his own house when he refused to open it.