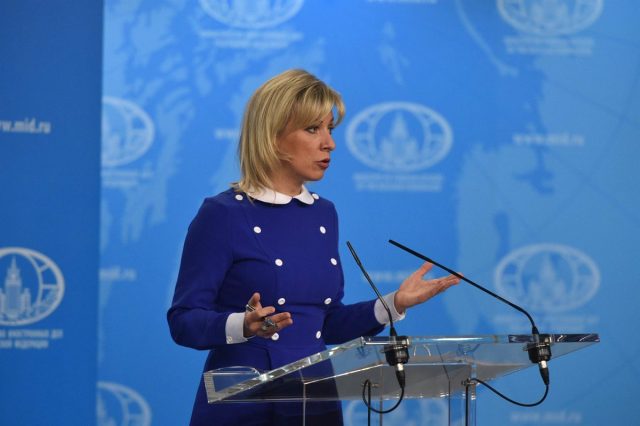 The Ukrainian authorities have denied this Wednesday the Russian government’s statements about a second exchange of prisoners, days after the first was confirmed, in the framework of the war unleashed on February 24 by the invasion order given by the president Russian, Vladimir Putin.

“The Russian Defense Ministry organizes daily to organize humanitarian corridors and the evacuation of civilians in settlements (in Ukraine). In addition, two prisoner exchanges have taken place between Russia and Ukraine,” said the Russian Foreign Ministry spokeswoman, Maria Zajarova.

The first exchange of prisoners was confirmed on March 21 by the Russian Commissioner for Human Rights, Tatiana Moskalkova, who indicated that nine Russian soldiers were released in exchange for the mayor of Melitopol, Ivan Fedorov, imprisoned by Russian forces on March 12. and released last week.

However, minutes later the Deputy Prime Minister of Ukraine and Minister for the Reintegration of the Occupied Territories, Irina Vereshchuk, has rejected this information. “So far there have been no more exchanges,” she stressed.

“What Russia is saying is not true,” Vereshchuk stressed, stressing that the only exchange of prisoners to date is the one involving the mayor of Melitopol, as reported by the Ukrainian news agency UNIAN.

On the other hand, Zajarova has rejected the accusations against Moscow about the use of refugees as an instrument of pressure and has assured that “it is the kyiv authorities that prohibit the evacuation (of people) to Russia and force the refugees to the west “, according to the Russian news agency Interfax.

“Many of them try to go to Russia to join their families, but the countries of the European Union (EU), mainly Poland, do not allow it,” he denounced. “People become prisoners first in kyiv and then in Brussels,” she has pointed out.

He also stressed that the European bloc “does not influence kyiv in any way so that Ukrainian nationalists do not hide behind civilians and use them as human shields and so that they do not block their exit to Russia.”