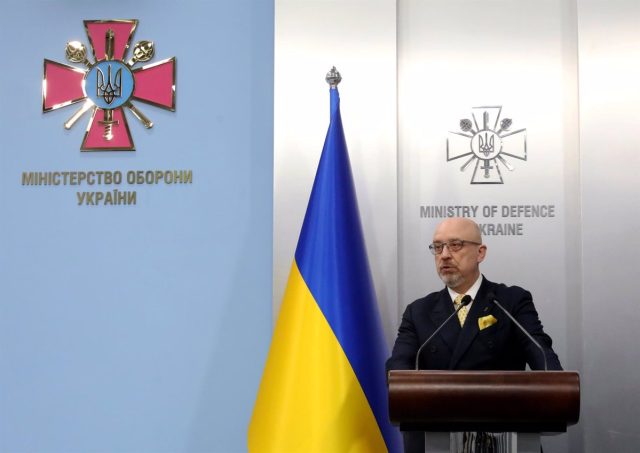 Ukraine’s Defense Minister, Oleksi Reznikov, has accused Russian troops on Monday of acting as the “Nazi SS” in Bucha, on the outskirts of kyiv, where the Ukrainian Army has recovered the bodies of more than 300 people after the withdrawal of Russian forces.

“The shooting of men and women in the head with their hands tied is something inhumane. These murders are not perceived as part of the war. It is even difficult to classify them as terrorism or crime. They are the essence and nature of these butchers who have invaded our land. It’s what the SS did in the past,” the minister said in a message posted on his Facebook account.

Reznikov has urged “not to let the devil go unpunished” from all this and has recalled that the Ukrainian Intelligence is trying to identify all the “invaders and murderers”. “Each one will receive in due time what they deserve,” he added.

He has also compared the Bucha tragedy with the massacre of Croats at the hands of Serb paramilitaries in 1991 in Vukovar, a city in eastern Croatia, and has asserted that the death toll is “even higher” than that of then.

“They are irrefutable proof that the Kremlin’s plans are collapsing,” he maintained before clarifying that “our hearts are filled with the pain we feel for the thousands of civilians who are being tortured by Russian soldiers.”

Read:  Ukraine denounces 56 dead in the attack of a Russian tank against a nursing home

In this sense, he thanked all those soldiers who “give their lives to protect the country’s capital” as the war progresses.

According to information provided by the newspaper ‘Ukrayinska Pravda’, which cites the funeral services of Bucha, so far between 330 and 340 bodies have been found in the town, some of them with their hands tied behind their backs and with wounds from bullet in the head.

The United States, the European Union (EU) or the United Kingdom have advanced that they are preparing new sanctions against Russia in response to these actions considered by Ukraine as “genocide”.