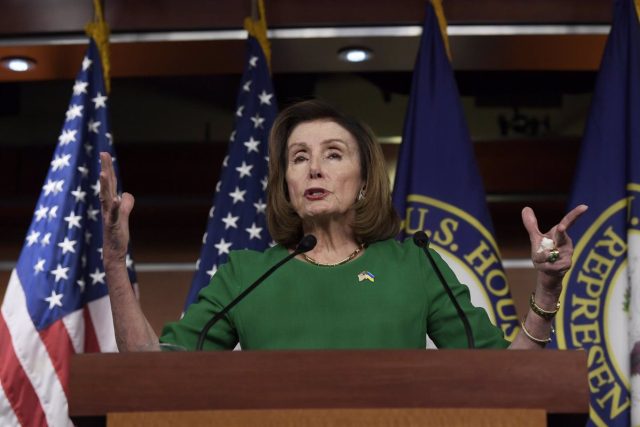 The United States House of Representatives has threatened this Thursday to block the trade agreement with the United Kingdom and has reiterated its support for the Northern Ireland Protocol, after London’s announcement that “in the coming weeks” it will modify it unilaterally.

“The Good Friday Agreements are the foundation of peace in Northern Ireland and a beacon of hope for the whole world. Ensuring that there is no physical border between the Republic of Ireland and Northern Ireland is absolutely necessary to uphold this historic agreement.” , which has transformed Northern Ireland,” said the Speaker of the United States House of Representatives, Nancy Pelosi.

Read:  Trump returns to Washington for the first time since leaving the White House to give a policy speech

The United Kingdom Foreign Minister, Liz Truss, announced that her government will approve “in the coming weeks” laws that, in practice, will mean a unilateral rupture of the Northern Ireland Protocol included in the Brexit agreement, despite the fact that insists that London is working for a “negotiated solution” to its differences with the European Union.

Thus, Pelosi has said that “it is very worrying” that the United Kingdom now intends to unilaterally discard the Northern Ireland Protocol. “Negotiated agreements like the Protocol preserve the important advances and stability forged by the Good Friday Accords, which continue to enjoy strong bipartisan and bicameral support in the United States Congress,” he said.

Read:  Estonia bans the display of the ribbon of Saint George and the letter 'Z' as symbols of the Russian invasion

In response, he stressed that “if the UK chooses to undermine the Good Friday Agreements, Congress will not support the bilateral free trade agreement with the UK.” Pelosi has urged that “constructive, collaborative and good faith negotiations be carried out to apply an agreement that defends peace.”

“The children of Northern Ireland, who have never known bloody conflict, don’t want to go back, they deserve a future free from violence where everyone can thrive,” he said.