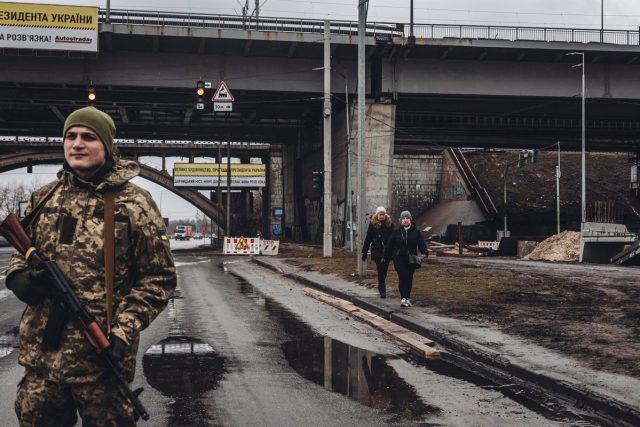 File – Two women walk in front of a Ukrainian militiaman, on March 2, 2022, in kyiv (Ukraine). The kyiv authorities have declared a curfew in the city due to the situation caused by the Russian offensive in the country. More than 2,000 civilians uc – Diego Herrera – Europa Press – Archive

The Armed Forces of Ukraine have affirmed this Friday that around 28,700 Russian soldiers have died since the beginning of the fighting due to the invasion of the country by Russia, triggered on February 24.

The General Staff of the Ukrainian Army has indicated that some 200 Russian soldiers have died in the last 24 hours and has added that since the beginning of hostilities, 1,263 battle tanks, 596 artillery systems and 200 self-propelled multiple rocket launchers have also been destroyed and armored.

Read:  Russia estimates that more than half a million refugees have arrived from Ukraine, the majority from Donetsk and Lugansk

Likewise, it has highlighted that 204 planes, 168 helicopters, 93 anti-aircraft defense systems, 2,162 vehicles and fuel tanks, thirteen boats and 460 drones have also been destroyed, while 103 cruise missiles have been shot down.

“The Russian enemy suffered the greatest losses during the last day in the direction of Bahmut,” he stressed in his message. “The data is being updated. Hit the occupier. Let’s win together. Our strength is the truth,” added the Ukrainian Army General Staff.

On the other hand, it has detailed in its operational balance of the last day that “the Russian enemy is carrying out an offensive operation in the areas of Lisichansk and Severodonetsk”, located in the province of Lugansk, where the authorities have denounced the death of thirteen people on the last day.

Thus, he emphasized that “in the direction of Donetsk, the Russian enemy intensified its offensive and assault operations to improve the tactical situation”, while “in the direction of Liman, the Russian enemy carried out regular artillery attacks, rocket launchers and operational and tactical aircraft to destroy fortifications in the line of contact”.

Read:  Ukrainian Armed Forces put the number of Russian servicemen killed in combat at more than 40,000

“In the direction of Kharkov, the main efforts of the Russian occupiers have been focused on keeping the borders occupied and trying to counterattack to restore the lost positions,” he said, before adding that the fighting “continues in the area of ​​the Ternov settlements. and Vesele”.

“There is a great probability that hostilities will continue to improve the tactical situation and reach the administrative border of the Jerón region”, he warned, before denouncing that “the naval groups of the Russian enemy in the Black Sea and the Sea of Azov continue to block civil shipping.”