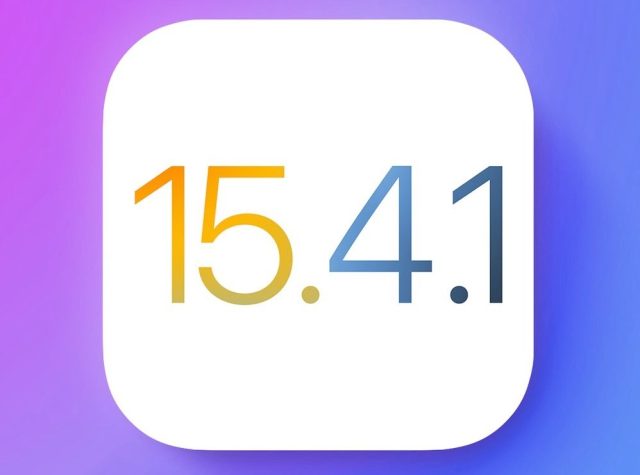 Apple has released iOS 15.4.1, a minor revision of version 15.4, recently released with the new iPhone SE 2022. This means that it fixes only minor bugs, so we can’t expect new features provided by the installation of the new version . Among the most important issues it solves is excessive battery consumption, reported by several users recently, after installing version 15.4, however there are a few other issues resolved.

Apple mentions in the list of improvements for iOS 15.4.1 that it has solved the problem of excessive battery consumption. Previously, the company suggested either waiting a few days for the phone to “recalibrate” or a complete reset of the software to factory settings. But now these tips are no longer needed, as the new software should completely solve the problem.

Then, a series of devices that displayed the alphabet in Braille could no longer respond to commands when connected to the iPhone while browsing through text or when an alert appeared. This accessibility feature should be used without such problems.

Finally, Apple mentions that certain third-party applications could disconnect the “Made for iPhone” series hearing aids. This includes smart hearing aids for people with such disabilities.

At the same time, iOS 15.4.1 comes with improvements in the security of Apple devices. A zero-day vulnerability has been resolved through iOS 15, with attackers previously able to use it to run unsigned code on iPhones. This means either that they could be used to run software outside the App Store, but also that the phones could be infected with malware by attackers.

Here is the full list of new iOS enhancements:

iOS 15.4.1 fixes issues and includes security updates for iPhone, and installation is recommended for all users.

This update fixes the following issues for iPhone:

iPadOS 15.4.1 fixes issues and includes security updates for iPad, and installation is recommended for all users.

This update fixes the following issues for iPad:

Read:  Russian fighter jets use car GPS attached to the board for positioning