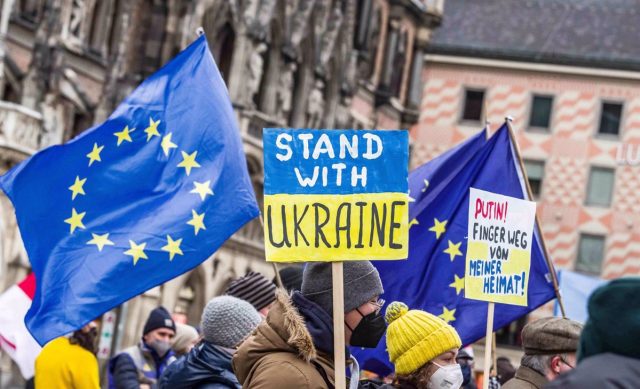 The Ukrainian Foreign Ministry on Tuesday asked the international community for more sanctions against Russian media that spread propaganda and disinformation in the framework of the Russian invasion of its neighboring country.

On the occasion of World Press Freedom Day, the Ukrainian Foreign Ministry has considered that the Russian media should not have the “possibility of distorting” the facts of the conflict, guaranteeing that, together with international partners, it makes efforts to “combat” Russian propaganda and disinformation and thanking the countries that have “stopped transmitting” Russian propaganda on their territories.

“The persecution of journalists, unjustified raids on newsrooms and private homes, kidnappings and torture have turned these areas into so-called ‘information ghettos,'” he said in a statement.

Since February 24, “the brutal repression against independent journalism in Ukraine” has entered a “new phase”, the ministry continued, stressing that, in just over two months, Russian forces “have killed more than 20 Ukrainian and foreign journalists”.

In addition, “more than a hundred local media outlets” in the occupied territories have been temporarily forced to close due to “threats, destruction of newsrooms and the inability to work under occupation.”

In this sense, and together with the invasion, the Ukrainian Foreign Ministry has stated that Russia “is waging an information war”. The list of crimes includes “murder and kidnapping of journalists, the bombing and seizure of television towers and hacking attacks”, he continued, before insisting that the occupied Ukrainian cities “are isolated from the Ukrainian information space”.

“In the occupied territories, Russia is launching its propaganda channels, which are used to further spread information, justifying the Russian invasion and inciting ethnic hatred,” he concluded.

The European Union and several allied countries have blocked Russian media such as RT and the Sputnik news agency in the wake of the invasion, a decision condemned by Moscow.

Willy Rock - December 1, 2022 0
Dear readers, as the year comes to a close, we think it will be insightful to help you prepare for the year ahead. The...