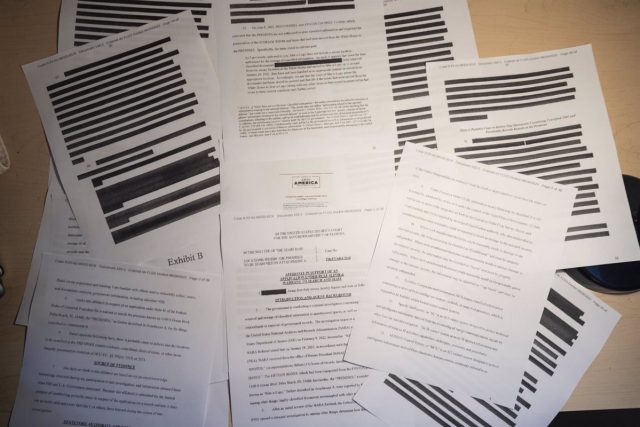 The U.S. Justice Department on Thursday filed a notice of intent to appeal the judge’s ruling that granted Donald Trump’s request for a special magistrate to review documents seized from the former president at his Florida residence and with which federal officials were stripped of access to the files.

Trump’s legal team got a judge to endorse its request for a person outside the investigation opened by federal agents to review the more than 10,000 documents belonging to the U.S. Government and that were in the Mar-a-Lago residence of the tycoon, ‘The Washington Post’ has reported.

Read:  Borrell congratulates the new president of Somalia on the beginning of a "new era of cooperation"

Justice Department lawyers have asked before federal judge Aileen M. Cannon for a stay of this review, warning that if they are not granted by September 15, they will file their appeal with an appeals court.

Cannon on Monday barred prosecutors from using the seized material until it is reviewed by a magistrate. This decision delays, at least temporarily, a high-profile criminal investigation into the possible mishandling of classified information at the former president’s Florida home and club, as well as the possible concealment, manipulation or destruction of government records, according to the newspaper.

Read:  Ukraine puts number of Ukrainian civilians killed since start of war at 7,000