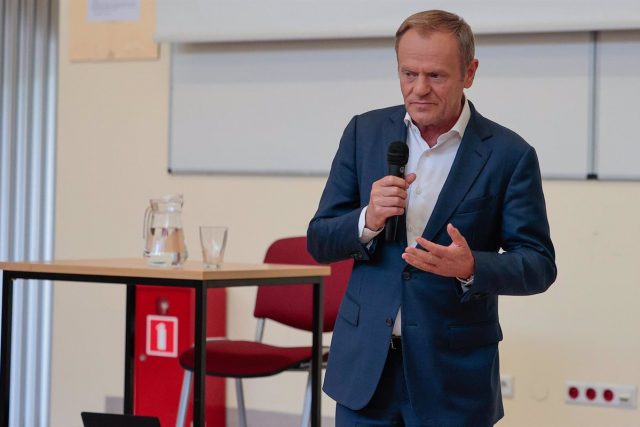 The former president of the European Council and now leader of the opposition in Poland, Donald Tusk, has warned that the aim of the ultra-conservative ruling Law and Justice party (PiS) is to take the country out of the European Union.

The former Polish prime minister between 2007 and 2014 has accused PiS leader Jaroslaw Kaczynski of being in a “constant” manner, as well as with the “tenacity of a maniac,” maneuvering to take Poland out of Europe.

“All supporters of the Union must understand this,” Tusk remarked on his Twitter profile, from which he asked Brussels not to underestimate the pretensions of Kaczynski, who in a recent interview said that if PiS wins the next parliamentary elections the relationship with the EU should be rethought.

“PiS’s words about cannon fire and bombing against Brussels sound grotesque, but believe me, there is nothing to laugh about here,” wrote Tusk.

In recent years the European Union has questioned a number of policies pursued by the conservative PiS government, including its latest judicial reform and media law, which the European Commission says would put the rule of law in Poland at risk.