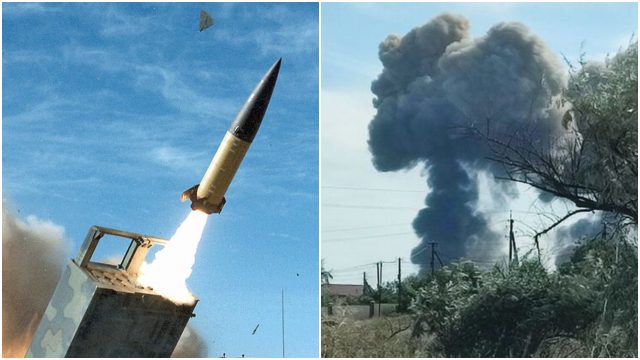 Massive explosions have been recorded at Russia’s air base in the Crimean town of Novofedorivka. Moscow was quick to say they were caused by violations of fire safety rules. It is, however, clear that it was a Ukrainian attack.

The shortest distance from the air base to the front line is about 220 km, so Ukraine used longer-range weapons in this case. The missiles normally used by HIMARS systems – the GPS-guided M30 and M31 models – can hit targets up to 70 km away.

The US launcher can, however, be equipped with one other large missile – the MGM-140 Army Tactical Missile System (ATACMS). This can hit targets up to 300 km away and could have been used in this attack.

Initially, America was reluctant to offer Kiev these missiles, fearing they could be used to attack targets on Russian Federation territory. But Crimea is not recognised by Washington and the West as part of Russia, so Ukraine has a green light to attack targets on the peninsula. But we don’t know whether Ukraine has ATACMS missiles. Kiev officially operates eight HIMARS launchers and several heavier M270 vehicles at the moment.

Another weapon that could have been used in the attack is the Grom-2 (Grom: “Thunder” in Ukrainian). This was in the prototype stage before the outbreak of war, but after Russia took over Crimea in 2014, Ukraine hastened the completion of this project. The system uses ballistic missiles with a range of up to 500km. The vehicle carrying the missile, the KrAZ 6316, can accommodate two Grom-2 units.

Before using the missiles against the airbase, Ukraine reportedly destroyed Russian S-300 anti-aircraft systems in the firing lane. American-made HARM anti-radar missiles were allegedly used in this operation.