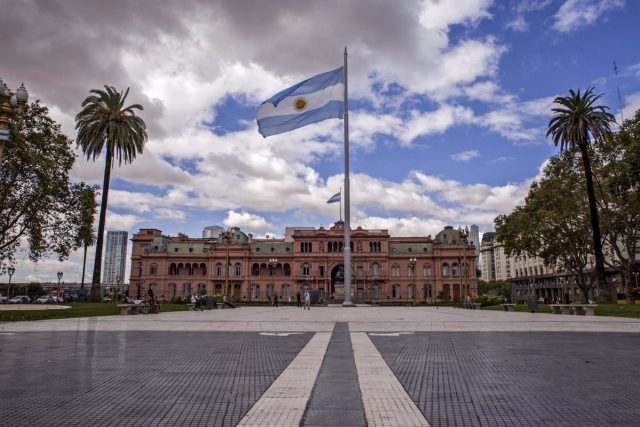 The trial against Mario Sandoval, Argentina’s deputy police inspector during the dictatorship of Augusto Pinochet, has begun in the town of Pomodoro Py, in the province of Buenos Aires, in person and open to the public.

Sandoval, an Argentine repressor who was extradited in 2019 from France, is the main accused of the 1979 kidnapping and disappearance of Hernán Abriata, a student and militant of the Peronist Youth.

Thus, he has been charged for his alleged participation in a Navy operation that allegedly carried out the kidnapping of the young man, who was then 25 years old and studying architecture.

The preliminary hearing is scheduled to take place around 9:30 a.m. this Wednesday, according to information from the Télam news agency. However, some survivors of kidnappings and torture during the dictatorship have criticized that it was not until Tuesday that Justice confirmed that the trial would be open to the public.

Abriata’s relatives filed a complaint against Sandoval already a decade ago, which led a federal judge to file a lawsuit in France to extradite the ex-cop.

Sandoval had fled to France after the end of the dictatorship when they commented on investigations in the country for Human Rights violations. In 2014 and 2017, two French courts ruled in favor of his extradition.

Subsequently, on August 31, 2018, the then French Prime Minister, Édouard Philippe, signed a decree to grant Sandoval’s extradition although his defense filed an appeal before the Constitutional Council claiming that the crimes he was charged with were time-barred.

The Gallic body rejected his arguments and finally granted in December 2019 the extradition to Argentina. Since then, Sandoval remains subject to preventive detention while waiting for the trial against him to go forward.