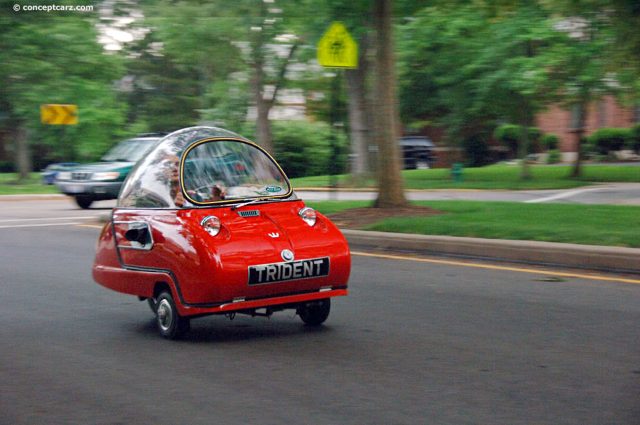 Every year, the car industry creates a number of new models. So many appear that inevitably some look much weirder than others. Of course, there is a chance that some of them will look retro, but this after 50 years. For the others, however, the fate will be quite cruel, they remain just uninspired projects, so they earn a place in the top of the ugliest cars in the world.

Some get the audience’s liking precisely because of the strange way they look. But we do not know how many gentlemen invite their girlfriends to meet in such a car. It seems that not everyone relies solely on a sense of humor.

Aztek is perhaps one of the ugliest cars in history. The front and back are too small compared to the rest of the car, and the bumper looks like a trash can. General Motors did not keep Aztek in the Pontiac range for too long, being released in 2005. The design is based on very sharp angular lines, to which we add the absolutely useless air intake on the hood and the headlights made the American forget it very quickly.

The peculiarity of this three-body sedan is the inverted telescope. Ami addresses modern women with priority, with the product catalog of the time entitled “Pour vous, Madame” (For you lady).

It looks like a cross between a submarine and a VW Beetle. Many of these models were bought by pizza companies to be used as delivery machines.

There have been many who have said that this is the worst car in the world. The front is unmistakable. When it was launched in 1998, Fiat Multipla caused a stir. Despite the fact that it was a decent car in many ways, the strange appearance simply drove away the buyers. Even Fiat has been prepared to admit that it is not exactly an attractive car.

Vanguard CitiCar is a car that appeared in the 70’s as a solution to the problem of the oil crisis, and its purpose was to become a means of transportation for those who commuted. The first model was powered by batteries and a 3.5 hp engine. The weight of 400 kilograms made the car reach a top speed of only 25 km / h.

With almost 9 years of production, the PT Cruiser has been a long-lived model, perhaps due to the fact that its only competitor, the Chevrolet HHR, appeared on the market only in 2006. After a promising start to its career, when almost 145,000 units annually, being required to assemble it in Europe, Chrysler PT Cruiser was sold in 2008 in just over 50,000 copies, the cessation of production being imminent. We don’t know if his exaggerated retro look for modern times also contributed to this.

Read:  Porsche brings back a legendary model: when the 911 Sport Classic launches

The Chevrolet SSR did not live up to the public’s expectations, especially since the car was overrated in terms of price and power. The SSR’s engine has been improved, at one point reaching a 6-liter V8 and 390 hp, with the option to switch to manual transmission. However, the changes were not enough and the production of the model was stopped.

The design of the car from the start gave it a status of “love it or hate it”, but as a car means much more than a body shape, Nissan Juke deserves more attention, which is why it entered the top of the ugliest cars in the world.

Bad mouths in the car industry say that the Nissan Cube looks like a “stuffed pepper”, and no matter how well-intentioned we may be, we can’t contradict them. The square shape of the car also reminds us of a four-wheel drive box. The car, launched in the United States in 2009, has long been the target of American irony. Although it was also launched in Europe in 2011, due to its “success”, the Nissan Cube is still sold only in Japan.

Whether the design is somewhat uninspired or at odds with the design culture of an SUV in Europe is questionable here. One thing is certain: Actyon is a special presence on the road, which certainly takes her out of anonymity.