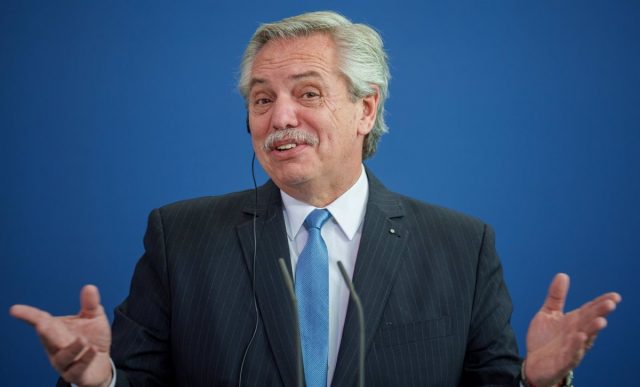 Thousands of people have marched this Saturday afternoon in different cities of Argentina to protest against the government of Alberto Fernandez.

The call has started around 16.00 hours (21.00 Spanish peninsular hours), with the slogan “Defend the Republic”, at the Obelisk of Buenos Aires, historical monument of the city.

“We are tired, why? Because there is hunger and there is no way to feed the family. People are tired, today we could be enjoying ourselves, but we came to try to demonstrate,” said one of the neighbors who showed up at the Obelisk, as reported by the Argentine television channel TN.

Later, a group of demonstrators went to the Casa Rosada, seat of the Executive Power of the country, where the tension between the marchers and the police escalated.

The protest, in turn, has spread to different cities such as Mar del Plata, Rosario, La Plata, Mendoza and Santa Fe.

In recent months, there have been several disagreements between the president, Alberto Fernandez, and the vice-president, Cristina Fernandez Kirchner.

These disagreements led to the resignation of Economy Minister Martin Guzman, last Saturday, due to the country’s weakened economy, with inflation at 60 percent, and pressures from the vice-president.

Read:  Ukraine recovers over 1,000 square kilometers of its territory in a week, says Zelenski