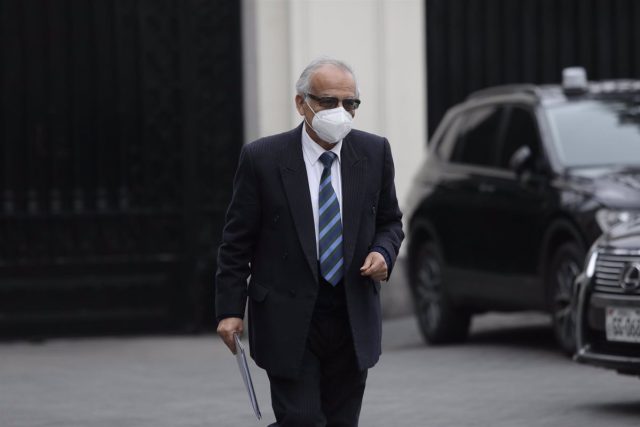 The president of the Peruvian Congress, Maricarmen Alva Prieto, has called on Saturday for the resignation of the Prime Minister, Anibal Torres, after he questioned the work of the country’s Armed Forces.

“I would ask him to step aside and resign. If he does not resign, I don’t know what the president is waiting for to ask him to resign”, said Alva.

Likewise, the president of the Parliament has expressed her support to the Armed Forces and the Police, during the event of the Bicentennial of the Congress of the Republic, which was held in the Plaza de Armas of the city of Piura, in the northwest of the country.

“I apologize for those unfortunate statements of the prime (minister),” Alva has expressed. However, he has pointed out that the Peruvian people are “used” to his statements, so “they cannot expect anything” from the politician.

“He was quiet for a while because he was told not to speak, but it seems that he cannot with his genius. What can you expect from someone who says he admires Hitler (…),” he has lamented.

Peru’s Prime Minister, Anibal Torres, publicly apologized this Friday to the country’s security forces and pledged to strengthen them after the Joint Command of the Peruvian Armed Forces reprimanded the words of the president, who criticized the work of the security forces.

Torres has apologized if with his words last Thursday during a Council of Ministers held in Cajamarca, in northern Peru, he offended the country’s Armed Forces.

The Armed Forces issued a statement accusing Torres of “distorting the self-sacrificing work performed” by the agents, who fight “against terrorist remnants and drug trafficking” and work “very hard” for the benefit of the population, according to Peruvian radio station RPP.