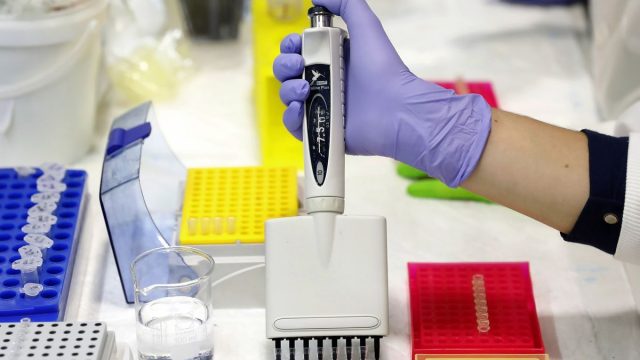 After breast cancer in women and prostate cancer in men, colorectal cancer, commonly referred to as colon cancer, is the malignant tumor with the highest incidence in men and women in Spain, with 15,269 deaths last year due to this tumor.

To be aware of its high degree of incidence in Spaniards: in the age range of highest risk (50-69 years), in the last year the following were detected. 15,988 new cases and 3,667 people died.

Increasing resistance on the part of the population to antibiotics is a problem that has been worrying experts worldwide in recent years. According to a study by the University of Umea (Sweden), published earlier this year, there is a new reason to further control the intake of these drugs, because, according to this new research, there is “a clear link” between taking antibiotics and an increased risk of developing colon cancer in the next five to ten years.

Impact on the gut microbiome.

This has been confirmed by the Swedish university researchers following a study of 40,000 cancer cases. Specifically, it is believed that the impact of antibiotics on the gut microbiome. is behind this increase in cancer risk. “The results underscore the fact that there are many reasons to be restrictive with antibiotics. Although in many cases antibiotic therapy is necessary and life-saving, in the case of less serious ailments that can be cured anyway, caution must be exercised,” warns cancer researcher at Umea University, Sophia Harlid. “Above all, caution to avoid bacteria developing resistance, but, as this study shows, also because antibiotics can increase the risk of future colon cancer,” she adds.

Read:  Get your immune system in shape when the cold weather arrives. We recommend these supplements

A 17% increased risk of cancer

Read:  The strange cases of childhood hepatitis detected in Spain: symptoms and causes

To understand how antibiotics increase risk, researchers also studied a non-antibiotic bactericidal drug. used against urinary tract infections that does not affect the microbiome. There was no difference in the frequency of colon cancer in those using this drug, suggesting that it is the impact of antibiotics on the microbiome that increases cancer risk. Although the study only covers orally administered antibiotics, even intravenous antibiotics can affect the microbiota of the intestinal system.

“There is absolutely no cause for alarm simply because of having taken antibiotics. The increase in risk is modest and the effect on the absolute risk to the individual is quite small,” clarifies Harlid, who reminds us of the importance of routine colorectal cancer screening. “As with any other screening program, it is important to participate in it in order to be able to detect any cancer early or even prevent it, as sometimes the precursors of the cancer can be eliminated,” concludes the lead author of the study.