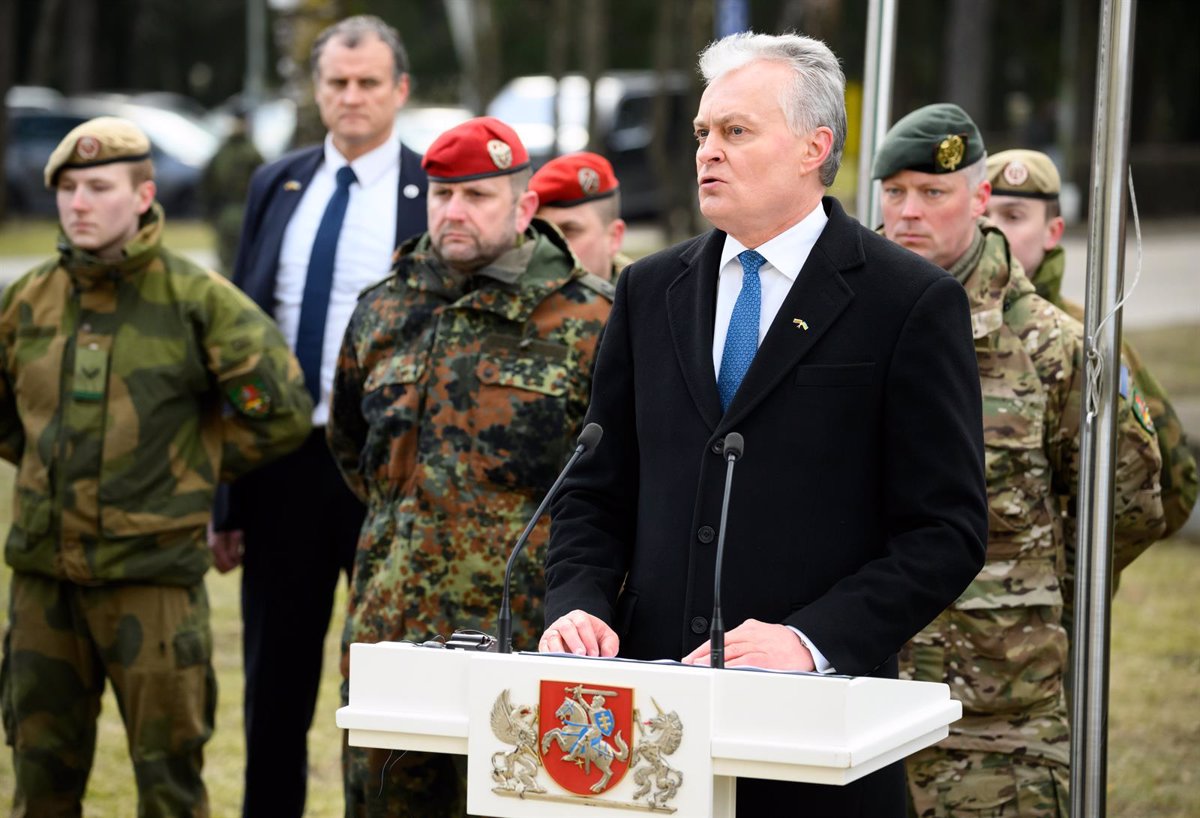 Blinken also meets with the Prime Minister and her Lithuanian counterpart

The Secretary of State of the United States, Antony Blinken, announced on Monday that Washington will send another 400 troops to Lithuania in the last days before the Russian invasion of Ukraine.

He did so at a press conference with his Lithuanian counterpart, Gabrielius Landsbergis, where he guaranteed Lithuania, Latvia and Estonia the solidarity of the United States. “Washington’s commitment to Article 5 — an attack on one is an attack on all — is sacred,” he said.

The United States has transferred some 7,000 troops to Europe following Russia’s invasion of Ukraine. A part of this contingent is deployed in Lithuania, a member of the EU and NATO. The three Baltic countries share a border with Russia, while Lithuania and Latvia also share a border with Belarus.

Lithuanian President Gitanas Nauseda had asked Blinken on Monday to help Ukraine in the face of “Russian military aggression” and threats “against the security of the Baltic States” to “avoid a third world war.”

Nauseda lamented that the current situation endangers the security architecture of the entire Euro-Atlantic zone, as indicated in a statement by the country’s Presidency.

The president thanked the United States for its “long-term support” and its “leadership in establishing a vision for a free and secure Europe.” In addition, he has recognized the military support given to Lithuania, as reported by the LRT news agency.

Likewise, he has emphasized that Russia’s actions lack “military justification” and “undermine peace in Europe”, so they must be “collectively stopped” by the West. “We must help Ukraine by all possible means, including military means. If we want to avoid a third world war, we must do so,” he added.

For him, Moscow represents a “threat” to NATO allies and security in Europe as a whole. This threat “will continue despite the end of the invasion of Ukraine. We have to seriously prepare to defend ourselves,” he said.

Both have also addressed the need to increase the defense capabilities of the Baltic region, especially the aerial one, and have supported the importance of reinforcing the US military presence in Lithuania and other countries in the area.

For this reason, he has clarified that Lithuania “is prepared to receive forces permanently, as well as additional US troops” and has stressed that it will continue to deliver aid to Ukraine in the midst of the conflict, while Blinken has recalled that “an attack against one is an attack against everyone.

On the other hand, Blinken has held a meeting with the Prime Minister, Ingrida Simonyte, and her counterpart, Gabrielius Landsbergis, who have welcomed her to the country. “Unfortunately, people are being killed as we speak, it’s a very serious situation,” the president said.

Blinken stressed that his tour of Europe is largely aimed at “continuing to work together with partners in support and solidarity with Ukraine”, as well as increasing “pressure on Russia and its aggression”.

“Lastly, and not least, the idea is to continue to show the strength and solidarity of the NATO countries and make it clear that even though we are dealing with Russian aggression (…) we show a great willingness to defend every inch of NATO territory. NATO”, he stated.

At the same time, he stressed that “the positive side of this difficult moment is the solidarity between allies and partners”. “I’m here really to reaffirm that,” she insisted.

In Latvia, Blinken has also met with Israeli Foreign Minister Yair Lapid. The US Secretary of State has remarked that Washington “much” the efforts of the Israeli Government to stop the Russian aggression in Ukraine, due to the visit that the Prime Minister, Naftali Bennet, made to Moscow to meet with the Russian President, Vladimir Putin.

“We very much appreciate the efforts that any of our close partners and current allies can make to see if there is a window to end the war,” he said.

Lapid, for his part, has indicated that Israel “is fully committed to doing everything possible to stop the war in Ukraine.” “We have condemned the invasion of Russia and we continue to do so, and Israel is part of the global effort to clarify that this war has to end,” he continued, before clarifying that “he speaks with both sides,” according to the newspaper ‘The Times of Israel’.