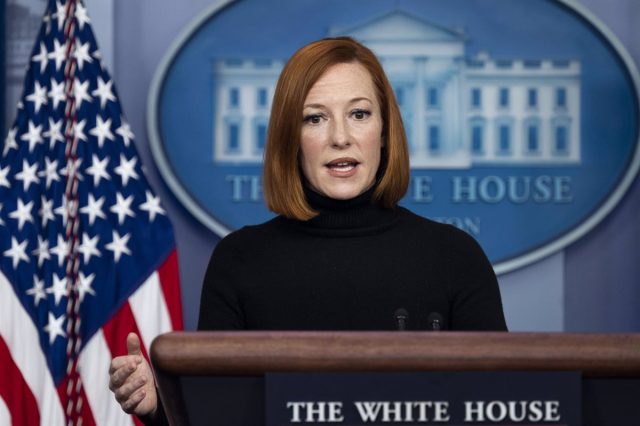 “There is no aggressive intention from NATO, the United States, Finland or Sweden towards Russia,” Psaki said.

White House spokeswoman Jen Psaki has stated that the United States will support Finland and Sweden’s application to join the Atlantic Alliance, as they are “close and valuable defense partners” of both Washington and NATO. .

“For a long time we have supported, before the invasion, after the invasion, the open door policy. Finland and Sweden have long-standing, important partnerships with the United States, with the NATO countries. They are long-standing democracies. It is That is why we support its application”, he pointed out.

The White House spokeswoman has pointed out that, “without being members of NATO”, the armies of the three nations “have worked together for many years”. “We are confident that we can find ways to work with them, to address any concerns that either country may have about the current period or whatever it takes if they were to join,” she said.

Psaki stressed at a press conference that “a strong Western Alliance” is “good” for security around the world. “Having a strong partnership with a variety of countries, including Sweden and Finland, if they decide to join, should put the American people at ease,” she added.

Read:  Zelenski affirms that every day "between 60 and a hundred soldiers" of the Ukraine die in combat with the Russian forces

Likewise, he has indicated that NATO is “a defensive alliance” and not “offensive” and has described the democracies of Sweden and Finland as “prosperous”, since “they have worked closely with NATO for years”.

“There is no aggressive intention of NATO, the United States, Finland or Sweden (obviously, they can speak for themselves) towards Russia,” Psaki clarified, adding that Russian President Vladimir Putin “has caused” this situation. .

Thus, Psaki stressed that, due to the Russian invasion of Ukraine, “it is the reason why public support for joining NATO is also increasing in these countries.” The White House spokeswoman has also winked at the words of the President of Finland, Sauli Niinisto, repeating them, who said that Putin “had to look in the mirror.”

Both the president and the prime minister of Finland, Sauli Niinisto and Sanna Marin, respectively, announced on Thursday their support for the country’s possible accession to NATO and stressed that Helsinki’s entry into the Atlantic Alliance “would strengthen the security of Finland”.

Read:  Howard University (USA) evacuates its students for the second time in 48 hours due to bomb threats.

For his part, the Finnish Foreign Minister, Pekka Haavisto, assured this Thursday that his country does not face an “imminent military threat” but pointed out that the Russian aggression against Ukraine has changed the European and Finnish security environment, in the middle of the debate about joining NATO.

Following this announcement by Finland, the Russian Foreign Ministry threatened Helsinki on Thursday with “military-technical and other reprisals” if it joined NATO, after the Finnish authorities announced their support to this possibility.

In a statement, the Russian Foreign Ministry has insisted that Finland’s accession to the Alliance “will cause serious damage to bilateral relations”, for which Moscow has stated that “it will be forced” to take “retaliation” to “stop security threats to its territory that arise in this regard”.

The Russian Foreign Ministry has threatened Finland on Thursday with “retaliation of a military-technical and other nature” if it joins NATO, after the Finnish authorities have announced their support for this possibility.

In a statement, the Russian Foreign Ministry has insisted that Finland’s accession to the Alliance “will cause serious damage to bilateral relations”, for which Moscow has stated that “it will be forced” to take “retaliation” to “stop security threats to its territory that arise in this regard”.