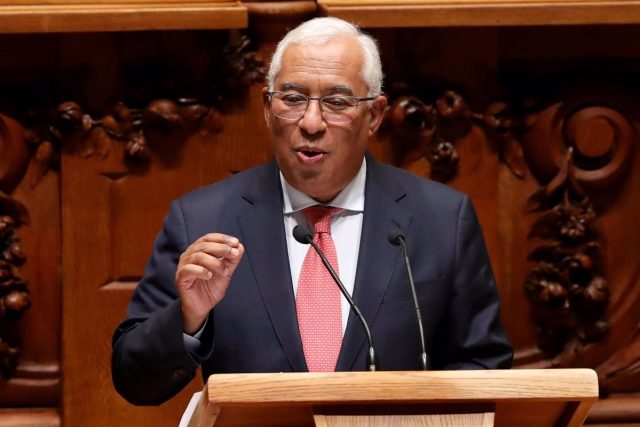 The Assembly of Portugal has approved this Friday the general budgets for the economic year of 2022 with the 120 votes of the Socialist Party (PS), which managed to win the absolute majority in the early elections in January, and five abstentions, three of them from the deputies of the Social Democratic Party (PSD) for the constituency of Madeira.

“After seven months we finally have the State budget for this year (…). A budget that will allow young people, the middle class and families, to have higher incomes and pay less IRS –IRPF–“, celebrated by the Portuguese Prime Minister, António Costa.

“We have turned the page in this crisis. Now it’s time to go back to work,” remarked Costa, who explained that with these budgets it will be possible to carry out an “extraordinary increase” in pensions from July, as well as a series of investments health, public policies and a daycare program.

The text has been approved with all the votes offered by the 120 seats that the socialist bench has in the Assembly after winning with more than 41 percent of the support in the early elections of January 2022, called after Costa did not could achieve consensus for the previous budget.

To the already mentioned abstentions of the three PSD deputies –the remaining 74 voted against– are added the two of the animal supporters of PAN and the environmentalists of Livre. The extreme right of Chega, the third force in the Assembly with twelve seats, has also voted no. Its leader, André Ventura, wanted to underline “the unfortunate state in which the opposition finds itself”.

The Liberal Initiative, the Communist Party and the Left Bloc (BE) –the two former PS partners with whom there was no understanding in order to approve the previous budget and the worst unemployed of the anticipated ones- also voted against.

The BE’s national coordinator, Catarina Martins, has questioned whether these are the assumptions furthest to the left of Portuguese democracy, as Costa underscored, since they have turned out to be those of “not after all,” reports the Portuguese newspaper ‘Público ‘.

“It does not improve income or protect the welfare state and, after all, there is no dialogue with the absolute majority,” Martins has reproached, who has delved into criticism for a lack of updating salaries and pensions in line with inflation, in measures to control energy prices and in lack of public investment in sectors such as culture.

The abstention of these three PSD deputies for Madeira stands out as it is unprecedented. For Ventura it is a sign of “the rupture” that exists in the still second most voted force in the Assembly and the main opposition force. However, the far-right believes that “the fight” is between Chega and the socialists.

For the leader of the PSD parliamentary group, Paulo Mota Pinto, this abstention has been a “surprise” and he has said that he has been notified of the decision of his fellow ranks shortly before the vote took place.

“I am going to fulfill my functional duty to communicate this to the party structures. I do not interfere in the powers of other bodies, I only communicate,” Pinto has limited himself to saying, who has left the sanction in the hands of the next PSD leadership. for these three deputies for skipping internal discipline.

The PSD elects its new leader as of this Saturday 28, as announced by the still head of the party, Rui Rio, after the early elections on January 30.