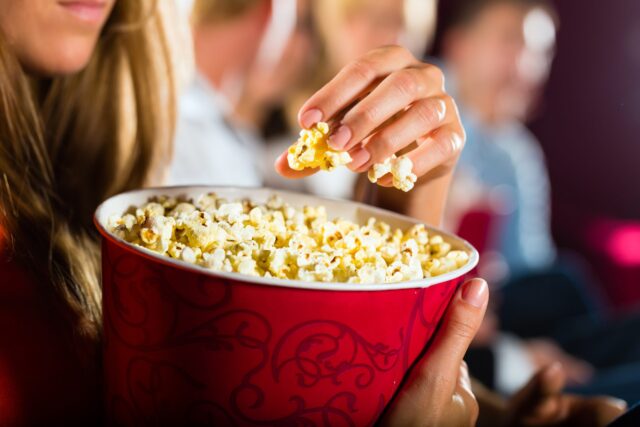 Romanian comedy Romina, VTM debuted at the top of the Romanian weekend box office. The Romanian film generated revenues of 6,553,905 lei after being seen in cinemas by 233,208 spectators.

The comedy is directed by Paul-Răzvan Macovei and stars Nicole Cherry, Tzancă Uraganu, Bogdan de la Ploiești. It is not a film without controversy in Romania.

“Romina, VTM” has surpassed another Romanian production, “Teambuilding”, which grossed tens of millions of lei in cinemas at the end of last year. Teambuilding was at one point the most watched Romanian title on Netflix.

James Cameron-directed “Avatar: The Way of the Water” dropped to second place in its fourth week of release, grossing 2,923,976 lei, according to cinemagia.ro data. Also, the action film “Operation Fortune: War Rising”, directed by Guy Ritchie and starring Josh Hartnett, Jason Statham, Cary Elwes, Hugh Grant, Bugzy Malone, Aubrey Plaza in the lead roles, debuted at number three in the top spot after being seen in theaters by 41,681 viewers and grossing 1,160,334 lei.

Next on the chart, the animated “Finnick/ The Secret World of Goblins” debuted at number four in the chart. The film directed by Denis Chernov grossed 509,847 lei and 23,018 viewers. In fifth place is “Puss in Boots: Last Wish”, which dropped one place in its fifth week of debut, with 20,126 viewers. The film generated revenues of 451,368 lei.

The film’s synopsis is this: Romina (Nicole Cherry), entrenched and clever as she is, tries to save her father’s terrace in Costinești. To succeed, she has to face all her fears. In her adventures, she falls in love with Valentin (Rareș Mariș), a tourist who has come to Costinești on holiday with plans to play guitar on the promenade to earn an honest buck. Romina helps Valentin to become a full-fledged artist, and without realizing it, Valentin ends up looking a lot like Gino (Bogdan DLP). Romina and Gino seem to have had something going on at one point, and this makes Valentin jealous. The three are accompanied by a very colourful gang, made up of Narcisa (Cesima Nechifor), Dana (Ana-Maria Guran), Mihai (Costi Max), Pamela (Cristina Pucean), Sebi (Yny Sebi), Bobby (Costel Biju) and Tzancă Uraganu. Will Romina manage to save her father’s terrace and if so, at what cost?

Read:  How to buy a used car with a five-year warranty: the dealer who comes with an irrefutable offer in Romania