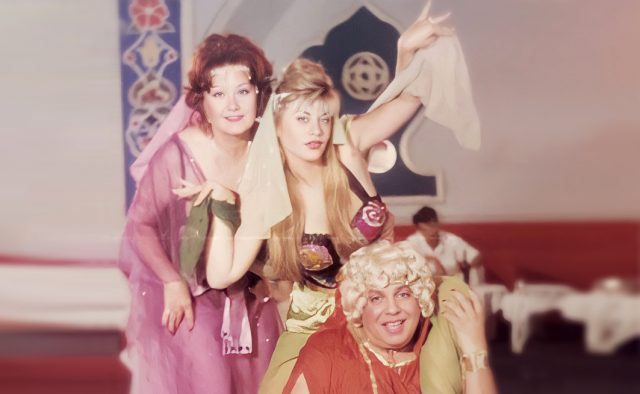 Believe it or not, the Romanian film that beat Titanic at the box office stars Alexandru Arșinel, Stela Popescu, Loredana Groza and Jean Constantin. Find out the story behind the hit film directed by Mircea Mureșan.

The film “The Second Fall of Constantinople” premiered on January 6, 1994, and at that time Romanians stormed the cinemas, registering more viewers than “Titanic”. Stela Popescu, one of the most famous comediennes of the Romanian stage, died a month before her 82nd birthday.

Her career spanned six decades, but directors and screenwriters rarely gave her roles to match. She debuted in the 1958 film “Hello? … You’ve Got the Wrong Number”, and her last big screen appearance was in the 2013 film “Mamaia”.

It was also the assistant director of his debut film who gave Stella Popescu a role in The Second Fall of Constantinople. The premiere meant 1,319,161 tickets sold in cinemas, and it was also the Romanian film that recorded a record of over one million spectators.

“The film was our own project, specially conceived for our great comedy actors, Jean Constantin, Dem Rădulescu, Stela Popescu and Alexandru Arșinel, who were already a close couple from the magazine scene. We also had on our minds the young couple in vogue, Loredana Groza and Aurelian Temișan. The subject was inspired by the small business atmosphere with the Turks in those years. A go and come of cheap, stall goods between Istanbul and Bucharest”, as Mircea Mureșan declared.

The premiere of the film was a real success, as the theatre at “Patria” had more than 1,000 spectators, which was the maximum capacity of the theatre. People sat in the aisles, on the floor, wherever they could just to see one of the most anticipated films of the moment. 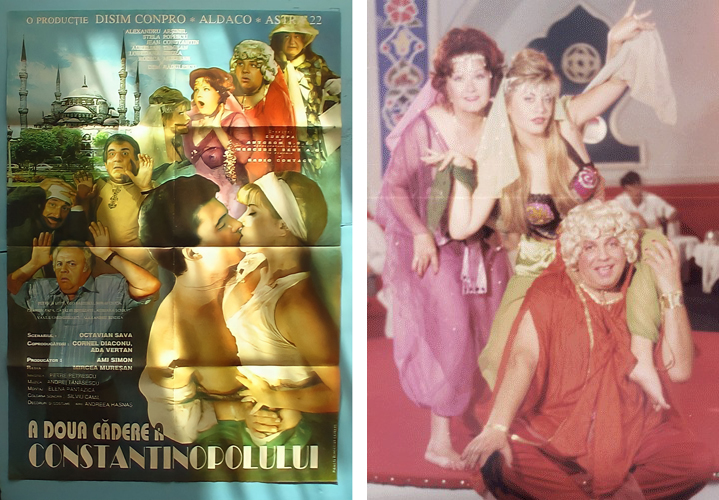 The Romanian film that beat “Titanic” in the number of spectators

Some weren’t so lucky, waiting outside, so for them the film resumed at 9pm, 11pm and 1am. The next day was the same madness, with the film costing 500 lei while “businessmen” ended up selling them for double the price. The film ran for three weeks at “Patria”.

The story of the film was a real success, so Mircea Mureșan took advantage of this and came up with the sequel “Sexy Harem Ada-Kaleh, a naughty place”.

“I imagined that Ismail, the main character in “The Second Fall of Constantinople”, great-grandson of the one in “All sails up” was originally from the island of Ada-Kaleh, where, as a young man, he had a great love, from which a son was born, of whom he knows nothing more. When the island disappeared, he took refuge in Istanbul, but returned to the country after 1990, where he opened a restaurant with his friends. The son recognizes his father on TV, where he is participating in the show “Happy Romanians”, and decides to look for him. I was hoping to make the film as soon as possible, so that I could catch the cinema queue, after having “warmed up” the atmosphere with Constantinople”, Mircea Muresan also tells.

Alongside the cast of the previous film, which included names such as Jean Constantin, Stela Popescu, Alexandru Arșinel and Rodica Mureșan, other actors such as Ileana Stana Ionesc, Mișu Fotino, Tamara Buciuceanu, Ștefan Bănică Jr. and Rona Harter were cast for the second film.

Read:  THX. Marvel, an interesting new Disney + series: when we can see it

Although filming began in 1998, it was released in cinemas in the autumn of 2001, due to a conflict between the band Holograf, who had scored the film, and the director RoFilm. The National Film Centre got involved by paying the music band their due remuneration.

“Sexy Harem Ada-Kaleh” did not have the same resounding success as the previous film, managing to gather only 14,515 viewers in cinemas across the country. “The Second Fall of Constantinople” sold 1,319,161 tickets, even more than “Titanic” in 1998 in Romania which drew 1,204,761 viewers.