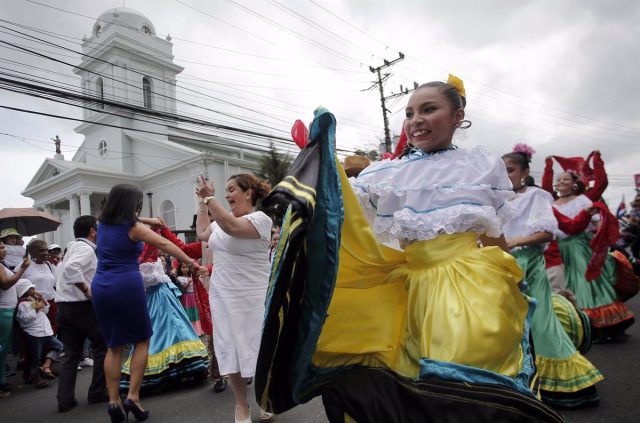 Costa Rica has reaffirmed its democracy this Sunday in elections with a large citizen participation during the last hours before the polls close, at 6:00 p.m. (local time).

“From this moment on, the voting boards are closed and the preliminary count is carried out,” the TSE explained on its official Twitter account.

The TSE will announce the first provisional results of the elections at 8:45 p.m. (local time).

The candidate of the National Liberation Party (PLN, center-left) for the Presidency of Costa Rica, José María Figueres, has called for participation after voting at the San Cristóbal Norte school in San José in order to avoid a second round.

“It is an opportunity for us to solve this once and for all. It costs the country two more months of indecision and more paralysis. There is no reason to postpone a decision,” said Figueres, according to the news portal crhoy.com.

Figueres is the favorite in recent polls, although far enough from the majority to avoid a second round. He voted around 7:25 a.m. accompanied by his grandson José María and other relatives and members of his campaign command.

The politician assured that he has reports from the first voting centers abroad, mainly in Asia, in which he affirms that they would obtain positive results. In addition, he has asked “not to be afraid” to exercise the vote despite the pandemic.

During the vote, his team sounded the “corrido” to Pepe in reference to José María Figueres Ferrer, former president of the Republic and father of today’s candidate.

The second in the polls, the candidate of the Christian Social Unity Party (PSUC), Lineth Saborío, has been sure of going to the second round and has rejected criticism for her participation in the debates.

“Perhaps I am not good at debating. That can be solved with a good training course (…). When we talk about values ​​and principles, that is not learned anywhere,” said Saboríio after voting.

The outgoing president, Carlos Alvarado, has also voted, who has exercised his right to 6:45 am at the Liceo de Pavas and wished Costa Ricans “a nice and excellent election day.” Alvarado has called for participation and wished success and luck to the candidates for the presidency and deputies.

The candidates Fabricio Alvarado Muñoz, from New Republic, and Eliécer ‘Eli’ Feinzaig, from the Progressive Liberal Party Plus (PLP+), have also exercised their right to vote. Alvarado has assured that he will win in the first round.

Read:  Ethiopia claims to have killed about 85 Al Shabaab members in fighting near Somali border

“On May 8, 2022, we will come to work for Costa Ricans from day one and we will not make diagnoses. Therefore, at this time our plan A and our priority is to work and win the elections in a first round,” affirmed the conservative evangelical candidate after voting at the Joaquín García Monge School in San José.

Feinzaig has voted at the Yanuario Quesada Priest School in San Rafael de Escazú. “The country is playing for the future (…). We have to make a change for the better,” she warned.

For his part, the candidate of the Broad Front (FA, left), José María Villalta, has compared Costa Rica to a sinking ship. “She is a ship with several holes that is close to sinking if we don’t take action. Costa Rica is a ship that is tilted where most of its crew members are not getting the opportunities to develop properly,” he declared, according to crhoy. .com.

“There are structural problems, there is environmental deterioration, social corruption and it is a ship that requires an urgent repair, to be attended to and repaired so that it does not sink,” he stressed.

According to electoral legislation, to avoid the second round, a candidate must achieve 40 percent of the vote. If not, the two most voted will face each other in a new vote on April 3.