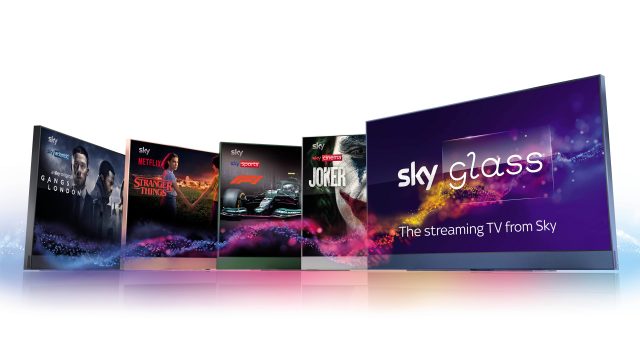 If you weren’t subscribed to enough streaming services, in just a few days, another one will arrive in Romania. I’m not convinced it’ll make you forget about Netflix, HBO Max or Amazon Prime Video, but it will certainly include a thick library of content.

SkyShowtime is the latest streaming service you might want to consider, given that it’s coming to Romania, even if you have to wait until the first quarter of 2023. By then, however, starting on 20 September 2022, just a few weeks from now, the platform will launch in several European countries, starting with the Nordic countries, followed by Central and Eastern Europe.

What SkyShowtime is, what it comes with

SkyShowtime might have a thick array of premium content that Americans have seen, at least in part, on different streaming platforms. Basically, it will centralize under one umbrella for Europeans the Peacock, Paramount+, Showtime, Nickelodeon, Sky, Dreamworks, Universal and, obviously, Paramount libraries.

Basically, the service will exclusively offer Hollywood premieres and a major series. SkyShowtime, on the other hand, will include productions that are currently available on HBO Max in Romania. It will be interesting to see if these will disappear from one of our most beloved streaming services, forcing you to pay another subscription if you want to watch Good Fight, Billions, Shameless or Weeds.

While we don’t know how much access to SkyShowtime will cost, we can expect between €8 and €10. Point being, this is a joint venture of Comcast – the parent company of NBCUniversal and Sky, respectively Paramount Global. SkyShowtime will launch in Denmark, Finland, Norway and Sweden on September 20, before expanding to the Netherlands later this year in the fourth quarter. SkyShowtime will continue its expansion in Spain, Portugal, Andorra and Central and Eastern Europe (Albania, Bosnia and Herzegovina, Bulgaria, Croatia, Czech Republic, Hungary, Kosovo, Montenegro, North Macedonia, Poland, Romania, Serbia, Slovakia and Slovenia) in the coming months.

Read:  The Fate of Cinemas, Influenced by Marvel Movies: What Jared Leto Said About It

Among the movies you’ll only be able to see on SkyShowtime is Top Gun: Maverick, Jurassic World Dominion, Minions: The Rise of Gru, The Northman, Sing 2, Sonic the Hedgehog 2, The Lost City, Downton Abbey: A New Era, Nope, Belfast, Ambulance and The Bad Guys. Add to that the series Halo, Yellowstone, The Offer and Star Trek: Strange New Worlds on Paramount+, respectively SHOWTIME® originals Yellowjackets, Dexter: New Blood, Super Pumped: The Battle for Uber and The First Lady.

“It’s time for SkyShowtime – the next streaming service to take Europe by storm. Just months after receiving full regulatory approval, SkyShowtime will officially launch on 20 September 2022. Our customers have exclusive access to the latest series and movie premieres from our iconic and world-renowned studios. We look forward to sharing more details about launch dates for other markets and bringing SkyShowtime to audiences’ homes in Europe,” said Monty Sarhan, CEO of SkyShowtime.