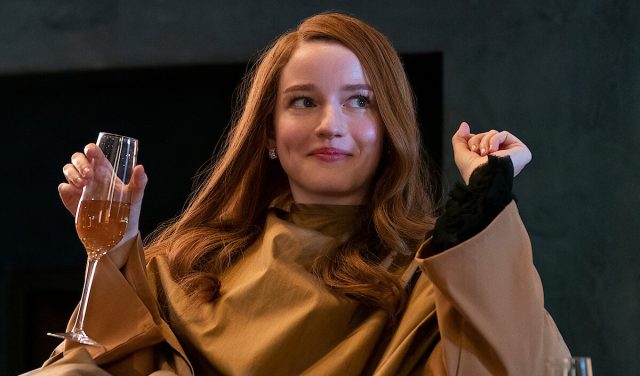 There are people in this world who prefer to take the short cut when it comes to material gains. In other words, among all the honest people on our planet, there are scammers, individuals or individuals who take advantage of the naivety of others, in order to increase their income.

Obviously, the number of crooks is infinite. Some we find out, others… not (depending on the vigilance of the authorities or the skill with which they put their plans into practice). Over the years, the most inventive trappers have inspired countless movies and series such as “I Love You”, “Phillip Morris”, “Inventing Anna” or “Six Degrees of Separation”.

So, let’s see which are the most “interesting” crooks in the world, among those who were unlucky enough to be discovered.

The case of Anna Delvey (Anna Sorokin) became known with the release of the Netflix series, “Inventing Anna”, under the cinematic baton of the famous Shonda Rhimes. After many scams, more or less on the face of it, Anna Delvey, who later turned out to be, in fact, Anna Sorokin, was caught by the authorities in the United States of America. For years, the woman managed to fool a lot of celebrities in New York, claiming to be the heiress of an empire in Germany.

Sorokin’s elaborate lies caused huge payments of about $ 40,000 in unpaid bills to luxury hotels, a six-day trip to Marrakech, which cost her girlfriend $ 62,000 and another $ 270,000. from other friends, but also from business people.

In order to accomplish her tricks, Sorokin used to pay in cash, often to suggest that she was rich. Taking advantage of her accent, Anna told people that she came from Germany, more precisely the heiress of 60 million dollars. She also managed to persuade her friends to let her use their credit cards to pay extravagant bills, with the promise of a refund. She also deposited $ 160,000 in uncovered checks, withdrawing nearly $ 70,000 before she was caught.

In 2018, a first trial was filed against Anna Sorokin, risking up to 15 years in prison.

In the early 1980’s, David Hampton was able to convince the New York elite that he was the son of the great actor, Sidney Poitier. And because some believed him, this information brought many benefits to the man, including access to luxury clubs in New York, invitations to private residences and cash gifts. He is said to have stayed at the home of actress Melanie Griffith one night and had a conversation that night with actor Gary Sinise, whom he allegedly tricked into being his son. to Poitier.

In October 1983, he visited the home of former Newsweek publisher Osborn Elliott. As soon as Elliott went to bed, Hampton called another friend, who was later discovered by the hosts only the next morning. As expected, the couple called police, who eventually arrested Hampton and charged him with identity theft and theft.

However, the scammer entered into an agreement with prosecutors, pleading guilty to attempted burglary. Part of the deal included a ban on ever breaking in New York. But as Hampton violated the ban, a judge sentenced him to a maximum of four years in prison.

David Hampton spent 21 months in prison, dying in 2003. His story turned into “Six Degrees of Separation,” starring Will Smith.

In 1993, Robert Hendy-Freegard began his career as a crook, managing his performance to remain undiscovered for 10 years. He claimed to be an MI5 agent responsible for investigating crimes committed by the IRA, so he tried to recruit new “agents”, asking them for money under various pretexts more or less credible. Thus, he managed to steal a total of 1 million pounds from seven women and a man.

One of the women he cheated on was even physically assaulted, explaining that the assault was part of MI5’s recruitment training. Hendy-Freegard’s luck stopped when the parents of one of the victims alerted the police.

He was convicted in June 2005 of kidnapping, theft and fraud; he received a life sentence, but soon the man appealed and won. So at the moment Robert Hendy-Freegard is, as his name suggests, free.

Read:  Everything we know, so far, about this year's Summer Well Festival

Mary Baker lied that she is “Princess Caraboo”, the heiress of an invented island kingdom

In April 1817, Mary Baker made her first appearance in a village near Bristol, England, wearing a turban and speaking an indecipherable language. The Worrall family, impressed by the strange appearance, would receive her as their host. Later, to the delight of the Worrall family, a Portuguese sailor confirmed the woman’s words and told them that Baker was, in fact, Princess Caraboo, the heiress of an island empire called Javasu, which later turned out to be invented.

Immediately after the event, Baker became a real local attraction, enjoying the visitors, but also their gifts. It all came to an end when a former employer revealed her true identity.

Christophe Rocancourt has managed to gain the trust of many celebrities, but also ordinary people

Few crooks can boast a career as prolific as Christophe Rocancourt’s. Born in poverty in France in 1967, he fooled his first victims in the 1980s, pretending to be a wealthy Russian and adopting the name “Prince of Galitzine”. He later forged a Parisian building and sold it for $ 1.4 million.

In 1991, Rocancourt arrived in the United States, where he came into contact with a host of celebrities whom he fooled into using the same tactics. Among the victims is Mickey Rourke, in whose house he lived, by the way. He later became friends with Jean-Claude Van Damme, all of whom later became involved in a relationship with Playboy model Pia Reyes, with whom he had a child.

He is believed to have earned $ 40 million from the rich, claiming to be the son of Sophia Loren, the grandson of Oscar de la Renta, a film producer and member of the Rockefeller family.

Although Rocancourt continued to return to the United States even after his plans were unmasked, authorities eventually arrested him in 2002 and sentenced him to five years in prison. After serving his sentence, he returned to France, where he took advantage of the precarious mental state of a French director to swindle him for hundreds of thousands of euros. Arrested in October 2014, he was charged with fraud and corruption.