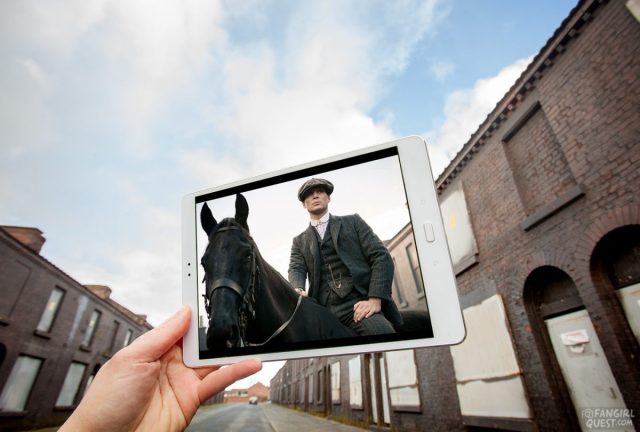 There has always been a sense of excitement about visiting a city or place made famous by your favorite movies and series. But are there filming locations a short distance from your home that you may not have known about? Here’s a list of movie and series locations on Netflix where you can go.

Famous for Peaky Blinders, Powis Street in Liverpool is the most hidden location of the Netflix series, with 204 hashtags. This filming site was 89% less tagged than Gadebridge Park, also in England (Hertfordshire), which is where various scenes from After Life were filmed. Powis Street is perfect for fans who want to walk around the place, imagining what the 1900s were like.

Filming locations from Netflix productions that you might visit

The second most hidden Netflix filming location is Callao Square in Madrid, with 275 hashtags on Instagram. This place is no stranger to Money Heist fans, as it is where the famous banknote shower takes place, along with the professor announcing the public of Rio’s incarceration.

Read:  Things are starting to get better for Britney Spears: what a contract the artist has signed

In third place is The Mystic Grill from Georgia (USA) in The Vampire Diaries, with 345 hashtags – 85% less than Virginia Street in California from 13 Reasons Why, in tenth place with 2,311 hashtags .

OnlineMortgageAdvisor.co.uk can also reveal that the most popular Netflix filming destination, according to Instagram, is Stone Mountain in Georgia (USA). With an impressive 597,134 hashtags, the filming location in Stranger Things has 53% more hashtags than the famous Shibuya Crossing in Japan, Alice in Borderland, which ranks second (390,393 hashtags). hate).

In third place is Forest of Dean from Sex Education, which was also used as a filming location in the Star Wars and Harry Potter franchises. The enchanting wood has 278,301 hashtags on Instagram – 2063% more hashtags than the Wilton House filming location in Salisbury in The Crown (12,863).

In fifth place is Emily in Paris, with 35,068 hashtags (Jardin du Palais Royal, Paris). This beautiful park is the perfect place to walk and sit right on the bench where Emily sat.