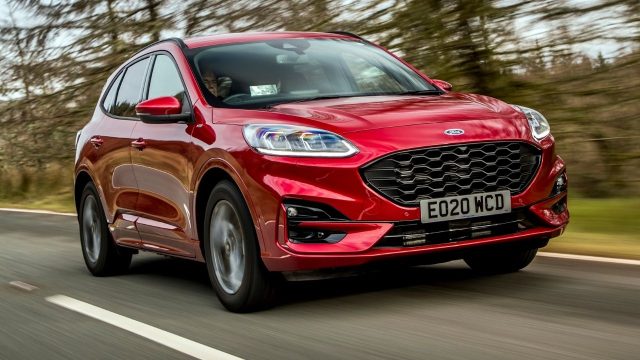 Ford production in Germany and Spain has been affected by the lack of parts related to the war in Ukraine.

Ford and German factories in Germany and Spain are facing a production shutdown this week due to a lack of parts in Ukraine and elsewhere.

Production of the Focus compact car at Ford’s Saarlouis plant in Germany was suspended for five days until Monday, the carmaker said.

Ford is facing a number of missing materials at various factories and this is affecting production.

The war in Ukraine has prevented the company from supplying 12.3-inch infotainment screens for the new version of the Focus, Ford said. The company said it would continue to build Focus models with 8-inch screens.

Ford is also struggling to secure enough parts for the steering wheels because they were made in Ukraine.

Read:  The Geto-Dacian peasant who became emperor of Rome. The plan was a Dacian empire like no other

The car industry is going through a new crisis

The company also discontinued production of small Fiesta cars in Cologne on Monday through the weekend due to a shortage of semiconductors, the company said.

Ford no longer accepts orders for the Galaxy and S-Max minivans, both built in Valencia, Spain, due to the global shortage of microchips.

The company said it has orders for minivans that “take us beyond September.”

“Therefore, we have decided to temporarily suspend the new orders,” Ford said.

Production of the Ford Tourneo Connect passenger minivan remains suspended. The minivan is being built at the Volkswagen plant in Poznan, Poland, along with VW Caddy, its platform brother.

Read:  Electric Castle 2022 - the list of artists who will make waves at the summer festival, updated

Ford said the shutdown was due to a disruption in the supply chain caused by Russia’s invasion of Ukraine.

“We continue to monitor the situation every day with our VW partners and we will have more to say about it at a later date,” said the American manufacturer.

VW, BMW and Mercedes-Benz have been forced to cut production at their German factories as wiring deliveries to Ukraine have been cut off.

The unrest is spreading to other Eastern European countries as many of their Ukrainian workers return to their home countries to fight the Russians, media reported.

The affected suppliers are from Poland, the Czech Republic and Slovakia.