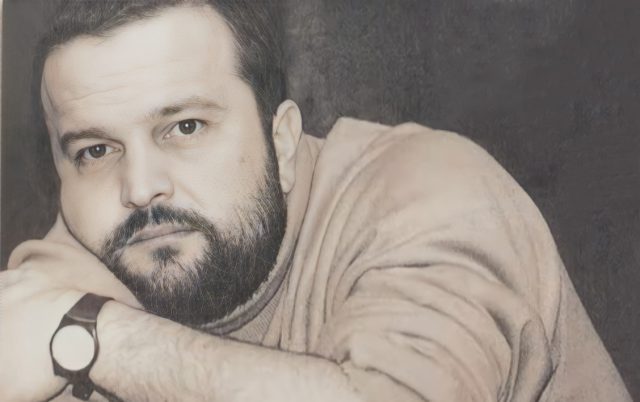 Ioan Gyuri Pascu was a singer, an actor, and most Romanians know him from Divertis.

He was, without but and perhaps, a visionary, being the first Romanian singer who ever approached, in our country, the reggae musical style. He taught himself to play the guitar, the instrument that, over the years, was to become his best friend, and towards the end of his life he dedicated a good part of his time to spirituality.

Ioan Gyuri Pascu was born in Agnita (now in Sibiu county) to a Romanian father and a half-Hungarian mother. Among other things, the artist was of Polish and Slovak origin.

He studied piano for a while, and used to entertain his classmates in the school choir with his “soprano” voice (the more appropriate term is countertenor). Later, she took up handball, playing in an amateur team, and eventually tried her hand at acting.

At the same time, Ioan Gyuri Pascu proved to be an excellent autodidact, teaching himself to play the guitar. This instrument was to define his career over the years.

In May 1978 he took part in the Labour Day celebrations in Mediaș, where he made friends with brothers Septimiu and Horia Moldovan, Elena Cârstea’s bandmates.

Between 1978 and 1980 he sang in the band Trandafirii Negri, at private events and festivals.

With the money he earned he bought his first acoustic guitar, directly from the factory in Reghin, Mures.

Read:  When the new Batman is released on HBO Max: you don't have much to look forward to

In 1984, the artist moved to Cluj-Napoca, where he was admitted to the Faculty of Letters at Babeș-Bolyai University. At the same time, he joined the Ars Amatoria ș Fiii theatre company, directed by Ion Vartic, where he performed in several comedy plays, focusing on parody in particular.

In 1986, Ars Amatoria and Sons met Divertis: “After the show I met the Divertis guys. They liked me, they asked me to join the group and in 1987, in February, I had my first show with them”, Ioan Gyuri Pascu confessed years later.

Immediately after the 1989 Revolution, the Divertis band became a national phenomenon, and with them Pascu’s career also “exploded”.

In 1993, the artist released the song “Țara arde și babele se piaptănă” which was named the best song of the year, according to a poll conducted by Evenimentul Zilei at the time.

He experimented with many musical genres and, in Romania, it can be said that Ioan Gyuri Pascu was the first artist to approach the reggae style, long before Pacha Man or the band El Negro.

“The Jazzoline Machine” is perhaps his best-known and best-loved album of all time. This album was meant to be a subtle criticism of the times Romanians were living in, right after the Revolution. At the same time, Pascu also relied on the stage satire he performed with Divertis.

He left Divertis in 2007, as he did not exactly agree with the political jokes made by Toni Grecu, the group’s leader.

As mentioned earlier, Ioan Gyuri Pascu was born into a somewhat mixed family, made up of Romanians and Hungarians, and in terms of religion, things were not much different.

With a Catholic mother and an Orthodox father, Ioan Gyuri Pascu chose Orthodoxy, and later, at the age of 40, he changed course completely.

As soon as he reached that age, the artist began writing and publishing books on spirituality, with an emphasis on mysticism.

Naturally, the press began asking him questions about the bizarre turn of events, and he did not hesitate to answer. According to his own statements, Ioan Gyuri Pascu felt, at one point, inspired by the Orthodox priest Omraam Mikhael Aivanhov, sharing his beliefs. “We must understand that our mission, our journey on earth, is to reconnect with the Divine, with God,” he declared.

According to what we know, Ioan Gyuri Pascu was a follower of Luong Mihn Dang from Vietnam. This spiritual leader is said to have more than three million followers in over 60 countries.

Pascu’s ex-wife, Daniela Marin, is the spiritual leader of this movement in our country.

Ioan Gyuri Pascu passed away on September 26, 2016, after suffering a heart attack.