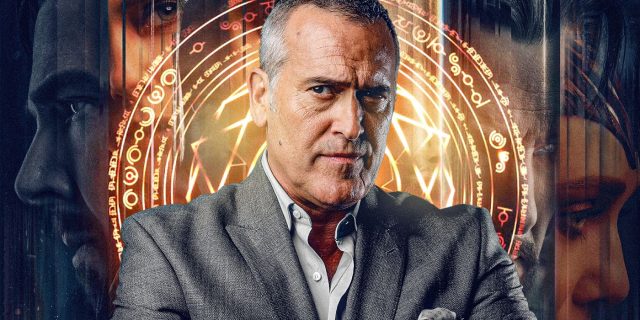 After appearing in Sam Raimi’s Doctor Strange in the Multiverse of Madness, Bruce Campbell reveals the criteria that motivate him to appear in Marvel movies.

Raimi and Campbell have been collaborators for some time, the actor appearing in almost all of the director’s films. Sam Raimi probably gave Campbell the role of his 1981 career in The Evil Dead, generating an entire horror franchise, with Ash Williams becoming a cult figure. Since then, Campbell has appeared in all three Spider-Man films.

Sam Raimi’s different directing style has been praised over time. Doctor Strange in the Multiverse of Madness features many “signatures” of the director, including a cameo by Bruce Campbell.

The actor briefly appears in the role of a food salesman, whom Benedict Cumberbatch’s character enchants. Campbell then reappears in the post-credits scene in Doctor Strange 2, where the spell finally ends, relieving his character.

Read:  The law on taxis is changing, many of them will no longer be able to drive on the streets: what are the solutions

What Bruce Campbell said about his roles in Marvel movies

“You know, the only criterion I need is for my character to be essential. In the first Spider-Man, I named him Spider-Man. In the second, I am the only character who defeated the Spider-Man, not allowing him to enter the theater. And in Spider-Man 3, he comes to me for help. How many superheroes come to ordinary mortals for help? Zero. So I set a precedent. With me in the movie, the movie will change forever. Sam is aware that I made his iconic movies.

As for the other criteria, honestly, the only reason to be in these movies is to harass the star. If you watch all the Spider-Man movies, I’m there to make the main character’s life bitter. That’s it. I subjugate him, make fun of him, confront him and harass him. Of course, he always comes out victorious, but you have to create obstacles for the hero and make his journey harder. That’s what I’m doing.

Read:  Doctor Strange 2 makes waves in Romania: how much money did Romanians take out of their pockets to see at the cinema

We can’t deny that we took about 45 extra seconds of time for Strange. And maybe I saved her life. In those 45 seconds, maybe I saved someone else’s life, maybe I foiled a plot, who knows? ”Said Bruce Campbell.