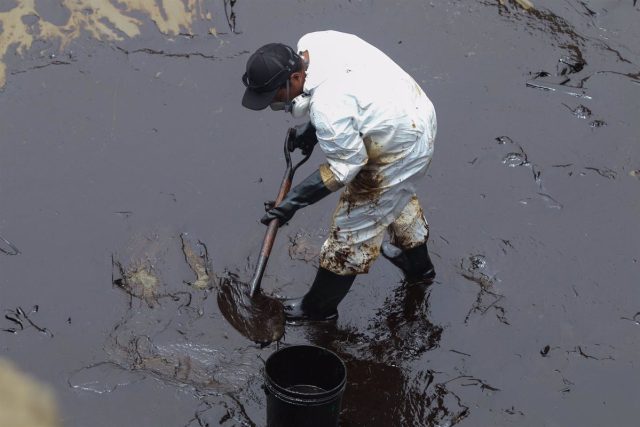 The Justice of Peru has prevented this Friday four directors of the Repsol company from leaving the country, after the Prosecutor’s Office of the Andean nation requested it for the oil spill on the coast of the capital, Lima.

Through Twitter, the Peruvian Justice has reported that Judge Romualdo Águedo has declared the requirement of the Public Ministry “founded”, for which the general director of the refinery, Jaime Fernández-Cuesta; the head of the Maritime Terminal 2 of the La Pampilla refinery, Renzo Tejada Mackenzie; the Quality and Environment manager, Cecilia Posadas Jhong; and the Production Manager, José Reyes Ruiz, cannot leave Peru in the next 18 months.

Some 18,000 square meters of beach have been affected by the oil spill of at least 6,000 barrels, a situation that, according to Repsol, has been caused by an “unpredictable maritime phenomenon” as a result of the eruption on January 15, a volcano on an island in Tonga.

Among the districts of the Peruvian capital affected are Ventanilla, Santa Rosa and Ancón, although the oil has also reached the Chancay sea, a district located in the province of Huaral.

This week, the Peruvian government has decreed an environmental emergency for a period of 90 days, a measure with which the authorities hope to facilitate recovery and cleanup work to mitigate pollution, as well as to protect the health of the population.

Read:  Pro-Russian authorities in Donetsk announce the resumption of activity in the port of Mariupol