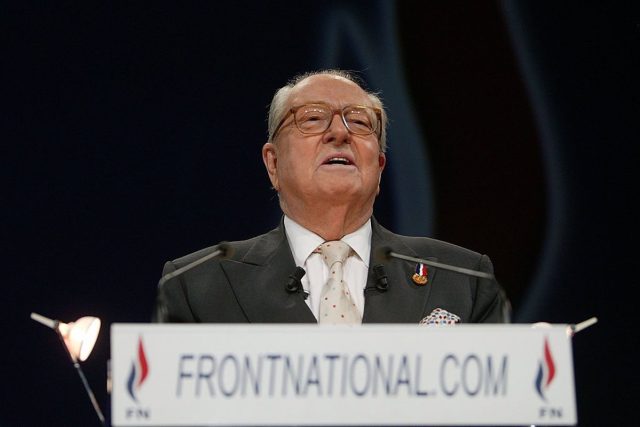 Former presidential candidate Jean-Marie Le Pen, historical leader of the extreme right in France, remains hospitalized after suffering a stroke, although his life would not be in danger, according to sources consulted by various media.

Le Pen, 93, began having vision problems on Monday night and was already admitted to a hospital in the Paris metropolitan region on Wednesday. The medical examinations carried out in the last hours “have not revealed anything worrying”, sources close to him have assured Franceinfo.

In fact, these same sources anticipate that the founder of the National Front will be discharged this Saturday if the situation does not get complicated until then.

Read:  US sees Putin's announced partial mobilization as "a sign of weakness"

Le Pen has remained away from public life since 2019, when she decided to leave politics for good. Until 2018, he was honorary president of the party that bequeathed his daughter Marine Le Pen, with whom he has not hesitated to confront publicly.

His greatest political success occurred in 2002, when he managed to get through to the second round of the presidential elections, in which he would end up losing to Jacques Chirac. Another 15 years passed until her daughter managed to match this milestone in 2017 and face Emmanuel Macron in the final round.

Read:  Zelenski warns that situation in Zaporiyia remains "very dangerous" despite reconnection to the grid