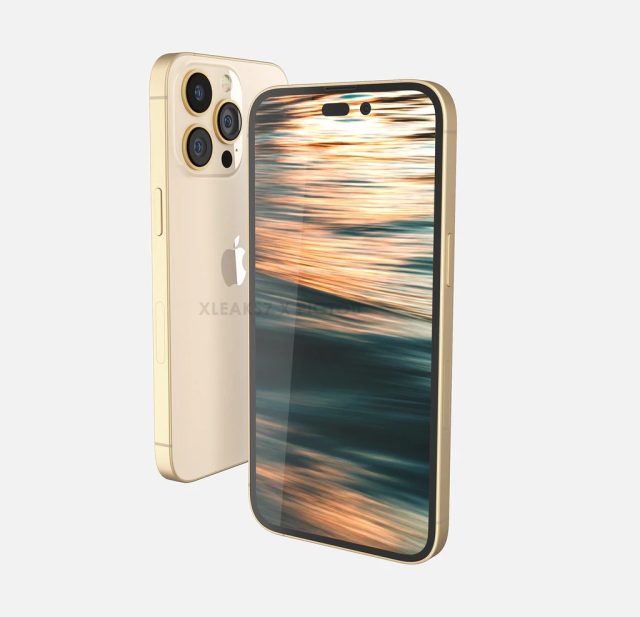 We are already in the second half of March, which means that Apple does not have much time to determine the final design of the new iPhone models. They are expected to be released sometime in September, and the company generally sets the design and hardware configuration details about half a year in advance. Thus, it is not exactly a surprise that the first sketches with the new phones have started to appear, based on CAD plans of the phones, which reveal what seem to be the candidates for the final design of the iPhone 14 and 14 Pro.

Apart from the lack of notch, the iPhone 14 Pro is not much changed

The first images taken based on the 3D plans of the iPhone 14 Pro show what we have seen so far in various other leaks. We are talking about a phone similar in shape and size to the iPhone 13 Pro, with a 6.1 ”screen and flat edges. However, compared to the information previously revealed, it seems that this model does not have new design elements, as was suggested. Thus, we cannot speak of a smaller room module, but of an even larger one.

Read:  Recent Tesla cars have problems with processor overheating. The center console was no longer responding to commands

It seems that Apple will once again improve the camera hardware on the iPhone 14 Pro, probably with larger sensors, which will cover even more space on the back of the phone. The module will be highlighted again, with a pronounced “hump”. Otherwise, we do not have too many surprises in this regard: three cameras, a flash and a LiDAR sensor.

The screen is the only one that is different from the iPhone 13 Pro, with a double cutout at the top: one for the front camera and one for the True Depth module, used for Face ID authentication.

However, the “standard” iPhone 14 model is even less changed than the one on the 14 Pro. It looks almost identical to last year’s iPhone 13. The screen uses the same small “notch” that debuted in 2021, while the camera uses the same two lenses, positioned diagonally on the back of the device.

Read:  MacBook Pro with M2 processor will not receive upgrades of Pro models from 2021 IPhone 14 upgrades may be minor compared to the previous generation. While the iPhone 14 Pro is scheduled to launch with the new A16 Bionic processor, the “standard” iPhone 14 could receive the same Apple A15 Bionic processor. The only upgrade would be 2GB more RAM.

All indications are that the iPhone 14 generation will be another year of minor upgrades. This design started with the iPhone 12 and will probably be kept for the next generation. Recently, Apple changed the design only after three generations, so we can expect something new only in 2023, with the launch of the iPhone 15.