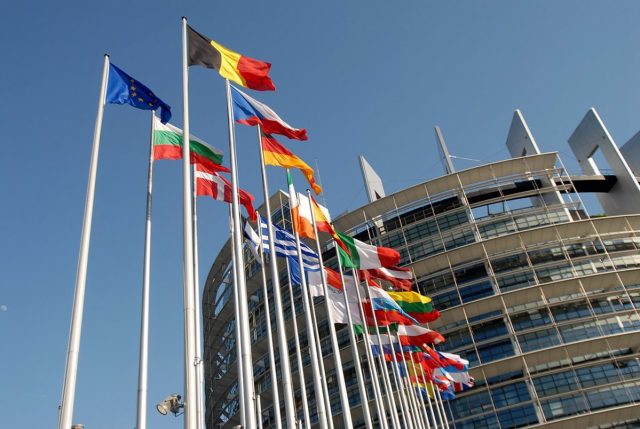 The European Parliament has called this Thursday for more sanctions to be imposed against Russia in response to the invasion of Ukraine, including a “total and immediate” embargo on Russian imports of oil, coal, nuclear fuel and gas.

In a resolution approved with 513 votes in favor, 22 against and 19 abstentions, the European Parliament has considered that the sanctions must be accompanied by a “plan” to continue guaranteeing the security of the energy supply of the European Union (EU) and a “strategy” to lift sanctions in the event that Russia takes steps to restore the independence, sovereignty and territorial integrity of Ukraine, within its internationally recognized borders, and “completely” withdraw its troops from Ukrainian territory.

The MEPs of the European Parliament, which has expressed its “outrage” at the atrocities attributed to the Russian Army and has demanded that the perpetrators of war crimes be held accountable, have demanded that the “full and effective application” of the sanctions in force throughout the EU and its allies is now a “priority”.

Read:  FBI concludes that Alec Baldwin pulled the trigger on the gun that killed a woman at a shooting

Thus, in order to increase the effectiveness of the sanctions, the European Parliament has called for excluding Russian banks from the SWIFT system, preventing any ship connected with Russia from entering EU territorial waters and docking in ports of the bloc, and prohibiting road freight transport to and from Russia and Belarus.

In parallel, they have asked the leaders of the bloc and other states to exclude Russia from the G20 and other multilateral cooperation organizations, such as the United Nations Human Rights Council or Interpol, among others. In his opinion, this would constitute “a clear signal that the attitude of the international community towards the aggressor State will not return to the previous situation.”

On the other hand, and “given the Belarusian involvement” in the war in Ukraine, the resolution has indicated that the sanctions on Belarus must mirror those imposed against Russia to prevent Putin from “using” Lukashenko’s help to circumvent them.

The European Parliament has reiterated that arms deliveries must “continue and intensify” so that Ukraine can defend itself “effectively”. MEPs have supported the defensive aid provided to the Ukrainian Armed Forces by Member States individually and collectively through the European Peace Support Fund (EFAP).

Read:  U.S. House of Representatives says more than 75,000 Russians have been killed or injured in Ukraine

In addition, they have referred to the “appalling atrocities” in Ukraine, which “indisputably constitute war crimes”, and have been “committed by Russian military forces in Ukraine and in Bucha in particular, and to the almost complete destruction of cities such as Mariupol and Volnovaja”.

Thus, they have stressed that the perpetrators of war crimes must be held accountable for their actions and propose the creation of a special UN court for crimes in Ukraine.

In this regard, they recalled that almost 6.5 million people are now internally displaced in Ukraine and more than four million have fled the country as a result of the war. They have also called for safe humanitarian corridors to evacuate civilians fleeing bombing and for EU humanitarian aid networks in Ukraine to be boosted.

Lastly, he condemned the Russian rhetoric pointing to a possible recourse to the use of weapons of mass destruction by Russia and stressed that any such deployment would have “the most serious” consequences.