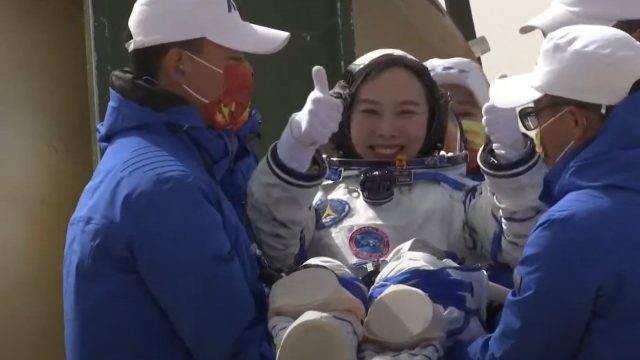 The three taikonauts (Chinese astronauts) who spent the last six months aboard the new Chinese space station Tiangong have returned to Earth. They are part of the second crew to arrive on this space station, and have managed to break some new records for the Chinese space program. The capsule returned to the planet nine hours after disconnecting from the Tianhe module, launched into space last year, landing in the Inner Mongolia Autonomous Region of China on Saturday, April 16th.

Tiangong Space Station will be completed in 2022

The Shenzhou 13 space mission received several awards and records set during the six months. This was China’s longest space mission, but also the first in which a female taikonaut, Wang Yaping, went on a space station. It was also the first taikonaut to go out into space, outside the Tianhe module. Yaping was accompanied on the mission by taikonaut Ye Guangfu and Commander Zhai Zhigang.

Read:  ByteDance, the Chinese company behind TikTok, boasts that it does not collect users' biometric data

In total, during the six months in space, two outings took place outside the station, multiple scientific experiments were performed and two live courses were held with students from Earth. China’s plan is for Tiangong Station to be completed before the end of this year. In total, 11 missions will take place for its construction. The next manned mission will start in June. In addition to the Tianhe module, already in orbit, two more modules will be attached in the next few months, which will complete the current design of the space station.

What the Taikonauts have not yet managed to bring down is the record for the longest time aboard a space station. That record is still held by NASA astronaut Mark Van de Hei, who spent 355 consecutive days in space on a single mission.