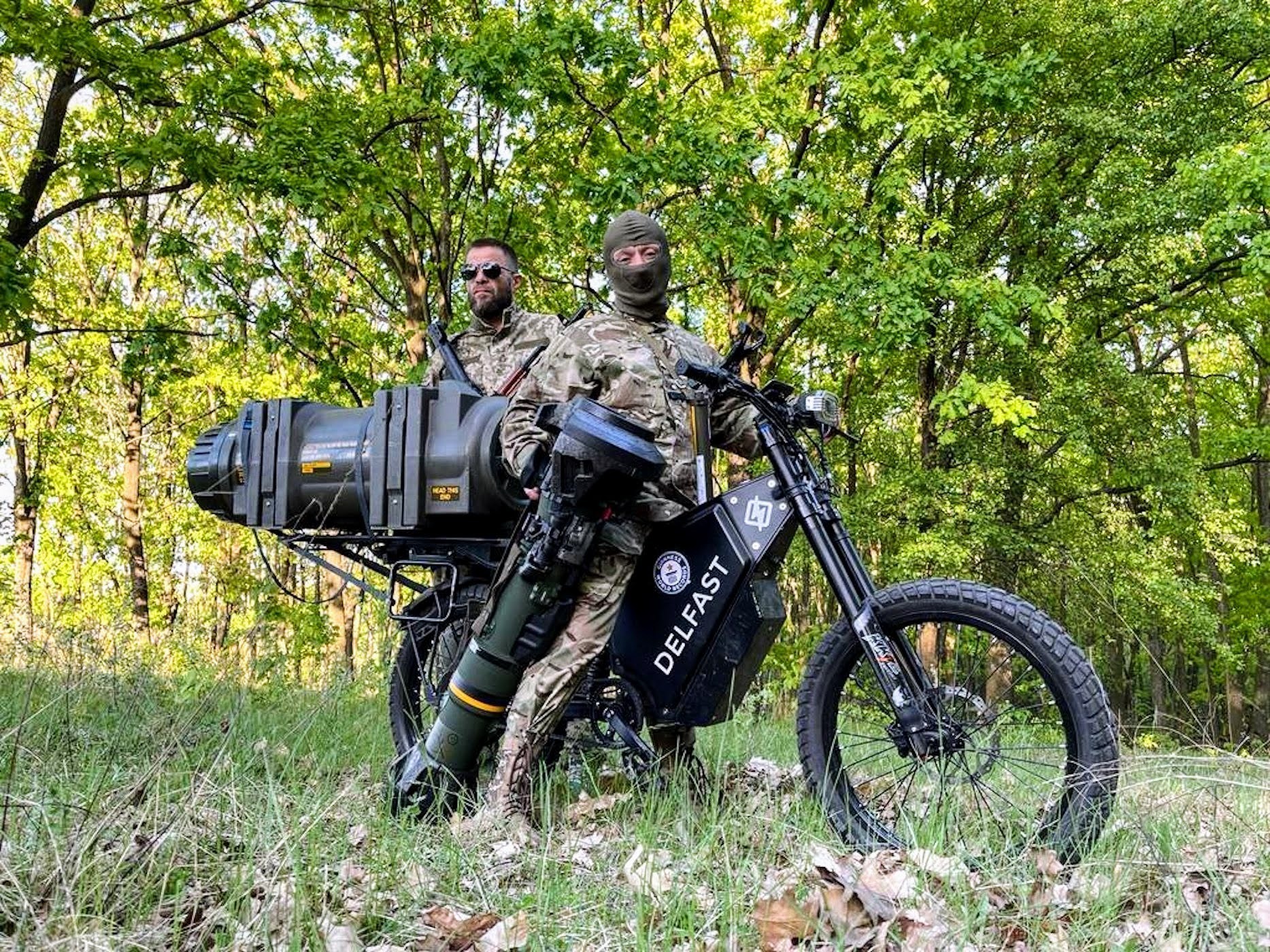 During the war with the invaders sent by Vladimir Putin, the soldiers fighting for Ukraine showed a lot of ingenuity. They created 3D printed systems that allow them to use civilian drones for ground attacks or used applications such as Find My Device to locate Russian soldiers who stole smartphones or tablets.

Now we also find out how the military manages to neutralize so many Russian armored vehicles and trucks, some far behind enemy lines. The secret lies in silent electric bicycles. They quickly take NLAW tank operators and snipers to the places where they can do the most damage to the enemy.

Models from the Ukrainian brands ELEEK and Delfast, which look like motorcycles, are preferred. They are solid and have been designed to operate in off-road environments.

Two-wheeled vehicles have been modified to carry NLAW systems. They are not launched directly from bicycles, but by operators once they reach the right place. After the attack, the military can withdraw quickly. The Delfast model used can reach a top speed of 80 km / h.

Delfast has announced that no bicycle changes have been made to its factories. The company has offered free vehicles to the military since the first day of the war and donates 5% of all sales to humanitarian organizations operating in Ukraine and the military.

Read:  After firing half of Twitter employees, Elon Musk asks some to return to work

According to information published online, Ukrainians also use electric bicycles for fast deliveries of medical supplies.

The fact that electric vehicles are useful on the battlefield is well known. In addition to being quiet, they have a low thermal signature. Australia and the United States have invested in such programs. Electric bicycles are desirable for reconnaissance missions and special operations.

Read on Ukraine: American howitzers, delivered without an essential element, could shorten the war