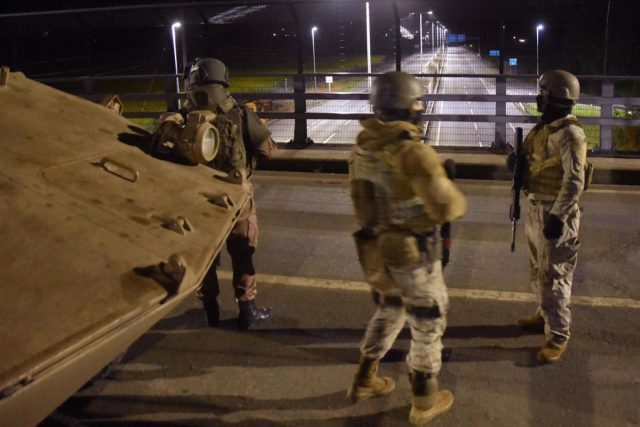 The Chilean Minister of the Interior, Izkia Siches, and her entourage have been met with shots fired into the air and barricades in the province of Malleco, in the region of La Araucanía, where they have had to suspend their activities.

The minister’s convoy was traveling to Temucuicui, a group of Mapuche communities in the Ercilla commune, when the incident occurred. The group of armed men also felled several trees in the area to prevent the delegation from advancing, according to information from the newspaper ‘La Tercera’.

The security forces have immediately evacuated the minister and transferred her to a Pailahueque police station to guarantee her safety after what was one of her first official acts since she was sworn in last week.

The governor of the Region of La Araucanía, Luciano Rivas, has indicated that the authorities are trying to collect information about what happened and has lamented that it is a sample of the current situation in the province of Malleco, where a state of emergency is in force. announced by former President Sebastián Piñera.

“When we talk about the fact that in the region of La Araucanía there are areas where violence is what is ruling, where there are territories where we see that today not even the Minister of the Interior can arrive normally, that is what we have actually proposed. many times. This is the lack of State that we see in our Araucanía and we regret and are very concerned about the situation that the minister and her entourage are experiencing,” said the governor.

However, he has ruled out that the men fired at the vehicles and has affirmed that it is simply a measure that seeks to “intimidate” the state authorities.