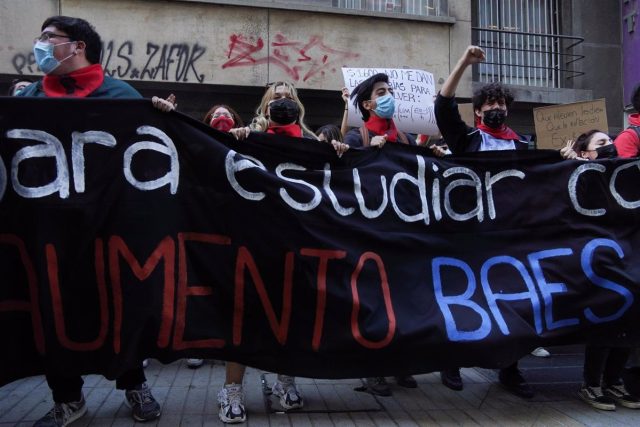 The Chilean Minister of Education, Marco Antonio Ávila, has condemned the violence of the student protests in recent weeks in the framework of demands for the improvement of educational infrastructure and the increase in personnel in centers throughout the country.

“We are always concerned about the comprehensive training of students and we certainly condemn these events but we also believe that they are in the field of public security,” he said, according to the Chilean network T13.

The National Institute mobilized last Monday and the young people who participated in the protests threw Molotov cocktails at a police vehicle. Incidents and clashes with the Carabineros were also recorded, as reported by BíoBío Chile.

In this sense, Marco Antonio Ávila has pointed out that “the demands of the students are really important”. “We believe that we effectively have to take charge of this and we have to be able to establish dialogue away from violence,” he added.

“We have more than 12,500 establishments in the country and not all of them are in the same conditions, and the consequences of the pandemic, the isolation, the deterioration of the mental health of students and teachers, has clearly been an element that intensifies the sources of conflict”, he indicated, according to the newspaper ‘La Tercera’.

Read:  The UN calls for an urgent response to the worst drought in four decades in the Horn of Africa