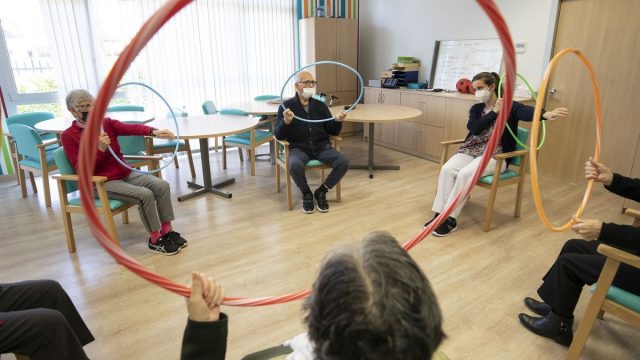 Implementing the Pla de Demències de Catalunyamore research in targeted therapies, more aid for families and for family associations and to create a official census of patients are some of the main demands of the Federació d’Associacions de Associacions de Familiars de Persones amb Alzhéimer de Catalunya (Fafac).

On the occasion of World Alzheimer’s Day, which is celebrated this September 21, Fafac denounces. “inoperativeness and oblivion”. suffered by the families of sick people on the part of the Administration. “This is a very expensive disease. It costs about 31,000 euros per year.” explains to this newspaper the president of Fafac, Josep Gasulla. The federation demands that the Generalitat implement the ‘Pla d’atenció sanitària a les persones amb deteriorament cognitiu lleu i demència de Catalunya’ (Plademcat), since it is approved but lacks the necessary funding, according to Gasulla, and therefore runs the risk of remaining “on wet paper”.

One of the key points of the plan is. “provide support to the patient’s environment”, i.e., “caring for the caregiver” (who is usually a family member), a function that “should be performed by the administrations, but which for 30 years has been done by the various associations of relatives of people with Alzheimer’s disease”. “A person leaves his job to take care of of the sick person. 90% of caregivers are women.” Gasulla points out, thus highlighting the gender gap.

The associations also denounce that the processes of assessment of a sick person, through which access to the dependency aids, tardan “at least a year” to arrive. “And sometimes the subsidies are minimal,” says the president of Fafac. The associations also take a long time to receive the subsidies, which generates “tensions in the treasury.” “It can’t be that they reach us in December or August, as has happened this year,” he complains. “Here we are not asking for more money, but that the Administration be better organized.”

In addition, the covid-19 pandemic has reduced the accounts of the entities because they have not been able to organize many of the public events with which they raise funds. extraordinary aids, such as concerts, theatrical performances or parties.

Family members are also calling for the creation of a official census of Alzheimer’s patients. because to date there are only approximations. According to the Spanish Society of Neurology (SEN), in. Spain there are about 800,000 sick people, 90,000 of whom are in Catalonia. “We are doing a census in collaboration with the Conselleria de Salut and the Spanish Confederation of Alzheimer’s (Ceafa). It is important to create it in order to remedy the situation,” Gasulla stresses.

Associations of relatives also urge to accelerate research. They believe that “not enough is being done.” “We have been some 25 or 30 years where no noticeable progress is being made. There is no new medication,” denounces Fafac’s president.

However, advances in early detection are now bringing younger people to the associations. without dementia yet developed, who want to do cognitive exercises to delay the onset of symptomatology and who show interest in everything related to preparation for the more acute phase of the disease.