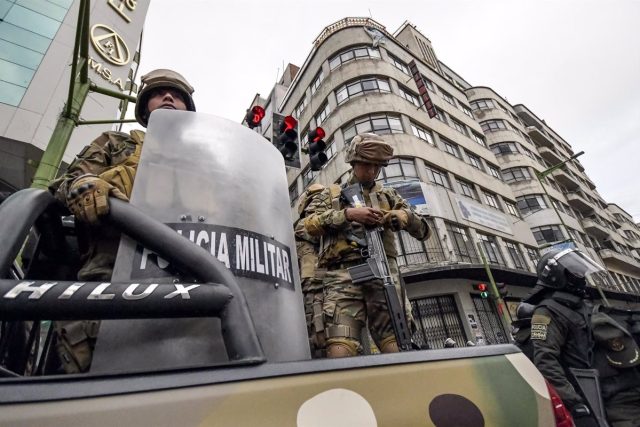 The Bolivian Justice has issued preventive detention for two Air Force colonels in the framework of the investigation into the massacre recorded in Sacaba, during the 2019 political crisis.

As reported on Monday by the Bolivian press, the hearing against Óscar AC and Jorge P., who will spend three months in preventive detention while the investigations continue, took place on Sunday behind closed doors.

Both are charged with the alleged crimes of murder and attempted murder for the clashes that took place in November 2019, after the elections that generated a serious political crisis in the Andean nation.

Read:  UN provides 4.9 million euros in emergency funds to Haiti to alleviate insecurity in the country

During the weeks that followed the resignation of former President Evo Morales, there were strong protests and mobilizations, with the massacres of Sacaba and Senkata as the most disastrous episodes, in which twenty people died as a result of the repression of the Army and the Police and close to of 200 were injured.