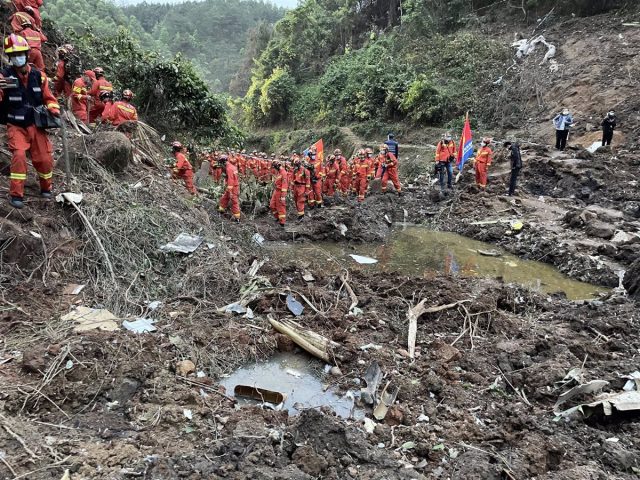 US officials have transferred to the ‘Wall Street Journal’ newspaper that one of the black boxes of the China Eastern Airlines plane, which left 132 dead after crashing on March 21 in the Guangxi region, in southern China, points to a intentional maneuver.

Citing sources from the US authorities involved in the investigation, including the National Transportation Safety Board and the manufacturer Boeing, said newspaper has reported that this conclusion has been reached after the analysis of data have been extracted from the cockpit recorder.

For its part, the US airline has asserted to the newspaper that “any unofficial speculation may interfere with the investigation of the accident — carried out by the Beijing aviation authority — and affect the real progress of the world air transport industry. “.

The second “black box” of the China Eastern Airlines plane that crashed on March 21 with 132 people on board in the Guangxi region, in the south of the Asian country, was found at the end of March, according to the Chinese news agency Xinhua. .

The China Eastern Airlanes Boeing 737-800 crashed in the Guangxi Zhuang Autonomous Region on March 21 without the investigation locating any traces of organic or inorganic explosives.

The accident, in which the plane rapidly descended from an altitude of more than 8,000 meters, is considered extremely unusual. The plane appeared to correct its course briefly during descent, but then crashed into a forest.

According to the Chinese authorities, repeated attempts were made to contact the crew, with no response. About three minutes after the start of the descent, the signal disappeared. Flight MU5735 from Kunming to Guangzhou was carrying 9 crew members and 123 passengers.