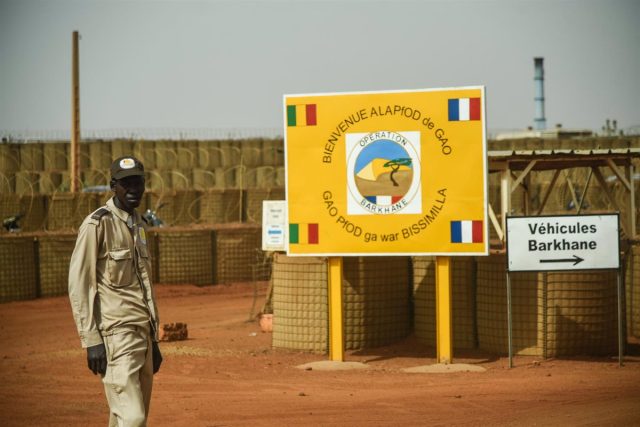 The African Union (AU) has called on international donors for a profound reform of the financing of peace and security missions on the continent to counter the growing threat posed by terrorism, extremism and coups.

The AU calls for “more adequate, predictable and constant funding” to contribute to security and intervene in the process of mandatory payments to the UN budget that finance peacekeeping missions, explained the AU Commissioner for Peace and Security, Bankole Adeoye, according to the Bloomberg news agency.

“We don’t need peacekeeping missions, but peace enforcement,” he said on the eve of the summit of European and African leaders taking place this week in Brussels. Without a change in these security operations, the world accepts “in perpetuity to simply protect civilians rather than confront and achieve a solution.”

The Islamist insurgency is on the rise in several countries of the Sahel and in the last 18 months there have been five successful coups and one failed coup. African leaders intend to address these riots and develop a strategy against terrorism and extremism at the summit convened for mid-March in Accra, the capital of Ghana.

Until recently, the EU’s European Peace Mechanism was the main source of funding for peace and security operations on the African continent and includes the fight against Boko Haram in Nigeria, Al Shabab in Somalia and other jihadist groups in the Sahel. The United States has provided equipment, training, and bilateral support to other African militaries.

After the crises in Mali, Chad or Burkina Faso, the EU has begun to change the formula for financing military operations and last year created the European Peace Mechanism for Africa, which allows bilateral defense agreements outside the budget between European governments and Africans.

Read:  Iran says it will not reinstall removed IAEA cameras until nuclear deal is revived

Adeoye explained that last week the AU Peace and Security Council approved last week “the change of the European Union to combat terrorism and violent extremism” and even these funds could be used for the acquisition of weapons.

Thus, Adeoye has criticized the arms embargoes imposed on some African countries such as South Sudan, Sudan or the Central African Republic that would have pushed these governments to hire foreign mercenaries paying them with the illegal exploitation of their own natural resources to maintain security. The use of mercenaries in Libya is also worrying.

The presence of mercenaries from the Russian Wagner Group in Mali has caused tensions between the government and Western countries that have financed anti-terrorist missions. The country has experienced two recent coups, in August 2020 and May 2021.