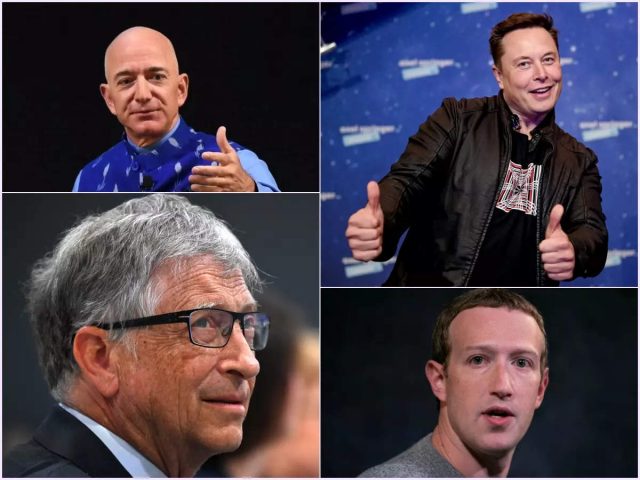 The 20 richest tech billionaires have collectively lost nearly $500 billion this year amid the sharp drop in the stock market, a loss of wealth greater than the market value of all but seven of the S&P 500 companies. 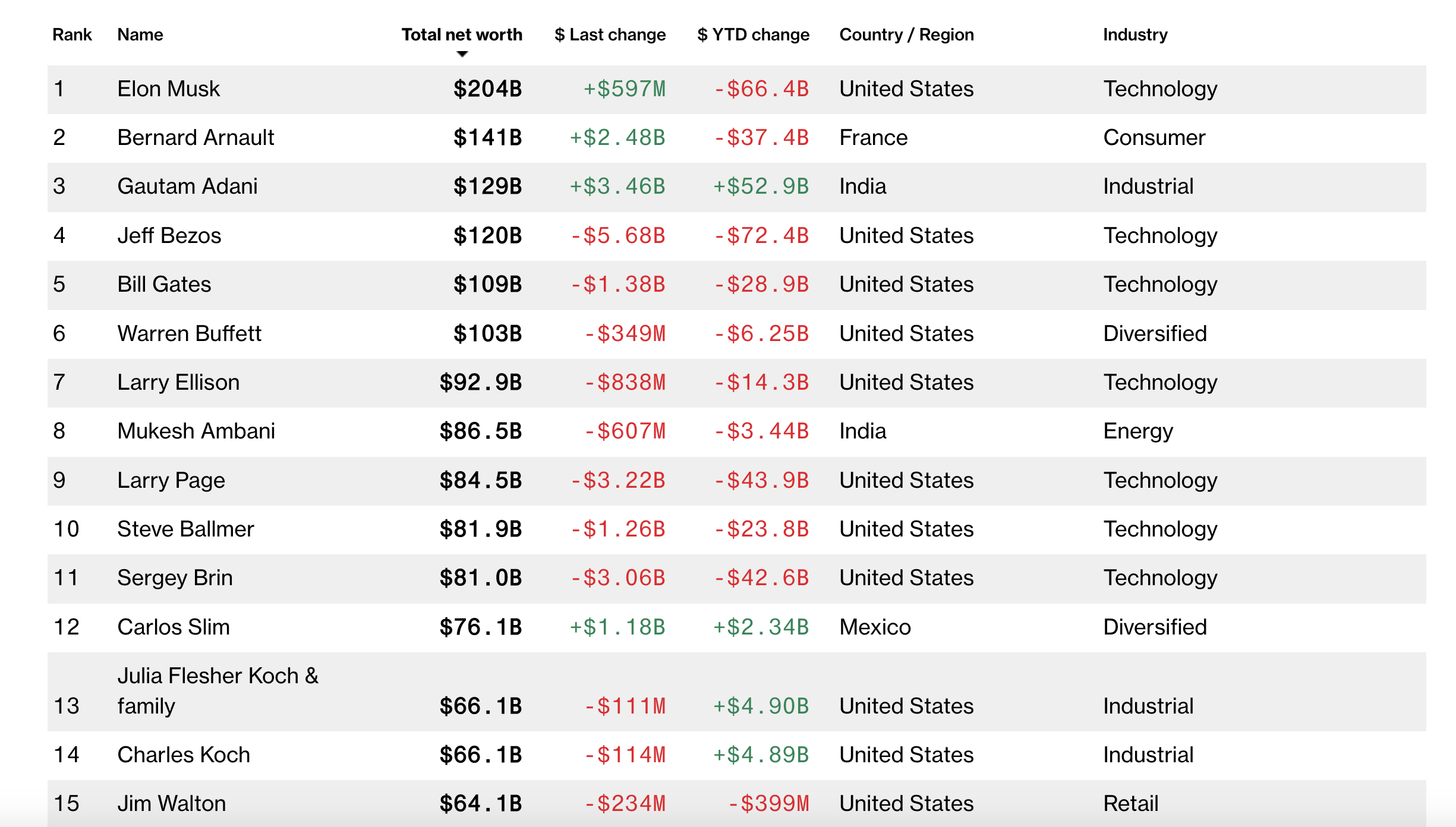 Mark Zuckerberg’s net worth fell $11.2 billion on Thursday, according to the rankings. Shares of his company, Facebook’s parent Meta, lost a quarter of their value after a disappointing earnings report spooked investors. The company’s revenue slowed for the second straight quarter and losses related to its big bet on the metaverse increased.

Since the beginning of the year, Meta’s CEO’s fortune has declined by more than $87 billion. That leaves him with a current net worth of $37.7 billion, which ranks him as the 28th richest person in the world, according to the index. For comparison, he was in the top 10 earlier in the year.

Technology companies, which experienced strong growth in the early days of the pandemic, are now feeling the effects of high inflation, rising interest rates and slowing growth in digital advertising. Many companies are now controlling costs, watching their workforces and even laying off employees. The tech-heavy Nasdaq Composite Index has fallen 29 percent this year through Friday’s close.

Read:  The Metaverse could add $1.4 trillion a year to Asia's GDP

Elon Musk, the world’s richest person, and Jeff Bezos, the founder of Amazon have each seen more than $58 billion in wealth disappear this year. The two entrepreneurs have competed in the past for bragging rights as the richest person in the world before Elon Musk took a commanding lead.

Elon Musk, CEO of Tesla, also runs the rocket company SpaceX. He founded Boring Co, an underground tunneling company, as well as neuroscience startup Neuralink Corp. And this week, he finalized his off-and-on buyout of Twitter. and will take the social media company private. Musk is currently worth $212 billion.

Jeff Bezos’ fortune, meanwhile, is valued at $134 billion. Amazon shares fell 7 percent on Friday as Wall Street was disappointed with the company’s sales guidance for the current quarter, which fell short of analysts’ expectations.

The co-founders of Google’s parent company, Alphabet, Larry Page and Sergey Brin, who are among the 10 richest people in the world, also saw their net wealth decline. They each lost more than $40 billion in paper value this year, and were both hit this week after Alphabet announced its first-ever year-over-year decline in YouTube ad sales.

Most of the richest tech entrepreneurs are American tech moguls, but a few are not from the United States. Jack Ma, for example, has built his e-commerce giant Alibaba Group Holding Ltd. into one of China’s largest business empires. He has lost $9.3 billion in wealth this year, according to the index, and his net worth is currently $29.1 billion.

The only woman among the 20 richest tech moguls is MacKenzie Scott, the billionaire philanthropist who built her fortune by creating Amazon with her now ex-husband, Jeff Bezos. More than $29 billion has disappeared from her net worth this year, but that can be attributed in part to the big checks she’s written. She has pledged to give – and has already given – billions of dollars to organizations including food banks, the Girl Scouts of the USA and historically black colleges and universities.

According to the index, of the 20 richest tech billionaires, only two have increased their profits since January 1. The fortune of Zhang Yiming, the founder of ByteDance Ltd, owner of TikTok, increased by $10.4 billion and he is now worth $54.9 billion. Robert Pera, founder of wireless equipment maker Ubiquiti Inc. and owner of the NBA’s Memphis Grizzlies, saw his fortune rise by $1.3 billion, giving him a net worth of $14.7 billion.

The paper losses of many of the world’s biggest tech moguls come after the collective wealth of billionaires increased more in the first two years of the Covid-19 pandemic than it did between 1987 and 2010, according to the anti-poverty group Oxfam International earlier this year.

According to Oxfam, in the first few months of the pandemic, a new billionaire was created every 30 hours.