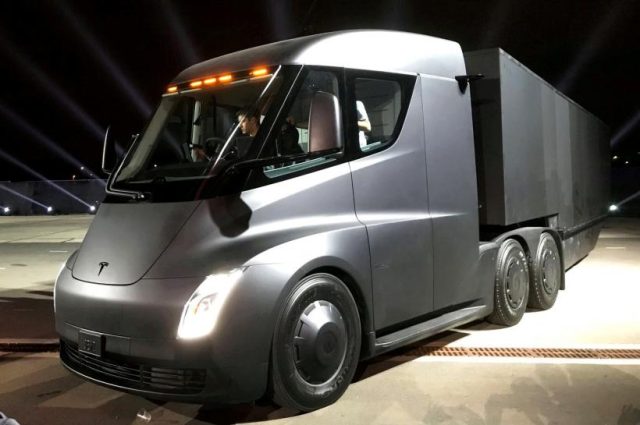 Tesla announced its first electric truck, the Semi, five years ago. It should have been launched on the market, but in the last few years, the company has been postponing new car models that it previously announced. Semi, Cybertruck and the new Roadster have already exceeded their delivery deadlines by several years, but those who hoped to buy an electric truck now have the option to place at least one pre-order, even if there is no clear launch date.

The Tesla Semi could be delivered sometime in 2023

The Tesla site in the US now allows you to place an order for the Semi truck, but each order requires a considerable advance. If in the case of Cybertruck, customers could pay only $ 100 to reserve a seat in a row for the delivery of an electric van, in the case of trucks, which are significantly more expensive vehicles, this amount is considerably higher. Each order must be accompanied by payment of $ 20,000 by card or $ 15,000 by bank transfer.

Tesla still says it expects to deliver the first Semi trucks in 2023, but we don’t know if in the first or second half of the year. Also, the first deliveries will not be to end customers, but to companies that have placed large orders, such as the Walmart supermarket chain, or the carbonated beverage company PepsiCo.

Semi from Tesla promises a range of 800 kilometers at full load. They will be able to be powered by new chargers called Megachargers, which can charge faster than current Superchargers for regular Tesla cars. The expected performance for the Tesla Semi is 0-100 km / h in 20 seconds with a load of 36 tons. The starting price has not yet been publicly announced, but is estimated at around US $ 150,000. With a Tesla Model X Plaid, the company’s most expensive model, starting at $ 129,840, a $ 150,000 electric truck doesn’t seem so expensive.

Read:  Honor 70 series, officially launched in China. He will come to Europe in a few months