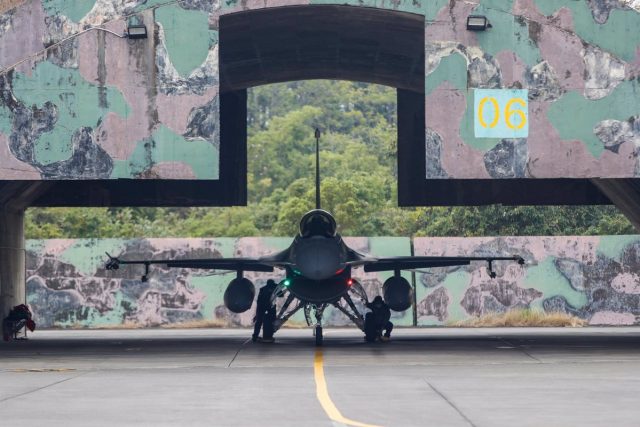 The Taiwanese government interprets this week’s Chinese military exercises, launched after the controversial visit to the island by U.S. House Speaker Nancy Pelosi, as a simulation of an invasion of the territory in what would be the consolidation of Beijing’s historic sovereign ambitions.

Taiwan’s Defense Ministry has begun its own exercises Saturday with a deployment of air patrols and warships after issuing warnings all last night against any new Chinese air incursion into its security zone, which begins roughly past the middle of the Taiwan Strait.

This afternoon, the Ministry has notified the latest Chinese operation in the vicinity of its security zone, involving 20 fighter jets and 14 vessels, while Foreign Affairs has again condemned the military exercises as “provocative and hugely irresponsible” before urging Beijing to stop “escalating tensions” and “unilaterally creating a crisis” in the Taiwan Strait.

Read:  Biden assures that he does not "withdraw" his statements about Putin: "I am not going to apologize"

Taiwanese experts recall that China has confirmed that these exercises are, for the time being, a rehearsal of a “blockade, assault on maritime targets, attack on ground targets and control of airspace” of the territory, as described at the time by the official Chinese news agency Xinhua.

National Defense University professor Ma Chen Kun has considered in statements to the ‘Taipei Times’ that the drills were intended to demonstrate the Chinese Army’s ability to deploy precision weapons to sever Taiwan’s overseas ties and facilitate the landing of troops.

“If the Chinese Army does indeed execute an invasion of Taiwan, the concrete actions it will take are all included in this particular exercise: they will sever Taiwan’s ties with the outside world and suppress the firepower of the coastal defense,” he has warned.

China is expected to conduct drills in the coming hours in seven areas surrounding Taiwan proper, instead of the six China announced earlier, the Taiwan Maritime and Port Bureau said in a statement carried by the ‘Taipei Times’.

The Chinese drills have caused commercial ships to think twice before entering Taiwan, as the drill area is less than 15 nautical miles from the port of Kaohsiung, in the south of the island. These exercises will last until August 15.

In the last few hours news has emerged of the death of vice president of the National Chung-Shan Institute of Science and Technology (NCSIST), the country’s largest developer of long-range projectiles, Ouyang Li Hsing, as a result of a heart attack during a visit to Pingtung County in southern Taiwan.

Ouyang, 57, was found breathless in his hotel room in Hengchun Township at 7:20 a.m. local time Saturday. His assistant, who found his body, called the police for help, but emergency services could do nothing to save his life.

Police have seen no signs of either a break-in or a fight, and health authorities have ruled out any violence, according to an NCSIST statement carried by the official Taiwanese news agency CNA.

In fact, the NCSIST vice president had a history of heart disease and had previously had a stent placed in an artery to improve blood flow, according to Police.