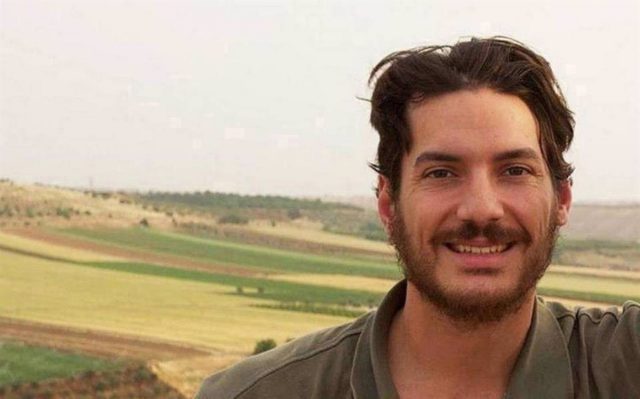 The Syrian government has denied Wednesday having kidnapped or disappeared US citizens after US President Joe Biden urged Damascus to “return home” journalist Austin Tice, “kidnapped” ten years ago and for whose disappearance Washington blames directly the government of Bashar al-Assad.

“Last week, the US Administration (…) issued misleading and illogical statements, including false accusations by the Syrian government of kidnapping or arresting US citizens, including Austin Tice, a serviceman in the US Army,” the Syrian Foreign Ministry said in a statement.

In this regard, the Syrian government has pointed out that it is committed to the principles of international law and the provisions of the Vienna Convention,” while accusing Washington of violating precisely the international norm on consular and diplomatic relations.

“It even encouraged dozens of US citizens to travel to Syria and enter its territory without permission from their government and in an unauthorized manner, legitimately through irregular border crossings or by infiltrating areas controlled by armed terrorist groups,” it has said in the said statement.

It has also reminded the United States that the dialogue must be based “on respect for the sovereignty, independence and territorial integrity of the Syrian Arab Republic and non-interference in its internal affairs.”

“(Washington) must immediately and unconditionally withdraw its military forces that are illegally present in Syrian territory, refrain from stealing and smuggling Syrian oil and wheat, and lift the cover and protect the armed separatist groups and armed terrorist groups that are present in the illegal US military base Al Tanf,” he added.

Read:  Moscow warns that any action against its troops in Transnistria will be a direct attack on Russia

This reaction on the part of the Syrian government comes after Biden assured in a statement released on the occasion of the tenth anniversary of Tice’s disappearance that the United States knows “with certainty” that the journalist is “being held by the Syrian regime.”

Tice was detained in August 2012 at a checkpoint while reporting in Damascus on the anti-government revolt. There has been no news of the journalist since a video of him being guarded by armed men was posted on the Internet weeks after his disappearance.