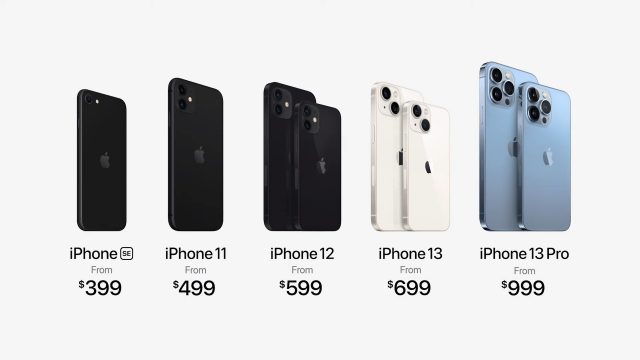 According to a new market study published by Counterpoint Research, Apple is now the largest smartphone manufacturer in the US market. The company recently surpassed 50% market share of all active mobile devices, with more users in the US than all other Android smartphone makers combined.

The US market was Apple’s main market anyway, with the company offering the most customer service and sometimes even the best prices here. That’s despite the fact that average wages in the US are generally higher than in other parts of the world. Add to this the fact that Apple is among the few 100% American phone brands on the market, with even Motorola now owned by China’s Lenovo. The other alternative would be Google with its Pixel models, but in recent years Google has struggled to ship enough units to meet demand.

Read:  Instagram adds a new way to discover attractions in your location

The chart published by the Financial Times based on data collected by Counterpoint over the past few years shows the rise of the company in such a short time. While between 2018 and 2019 Apple remained steady at around 35% of the US market, since 2019, with the launch of the iPhone 11 models, the company has been on a complete upward trend. The success of these models, along with the success of the new iPhone 12 and 13 generations, which brought 5G technologies and a new design, has contributed greatly to iPhone adoption among Americans. The only time Apple saw a drop in adoption was in mid-2021. When lockdowns in China greatly affected the availability of smartphones of all kinds worldwide.

Given that Apple’s sales projections for the iPhone 14 launch remain constant, it’s likely that this market share will increase over the next few months.