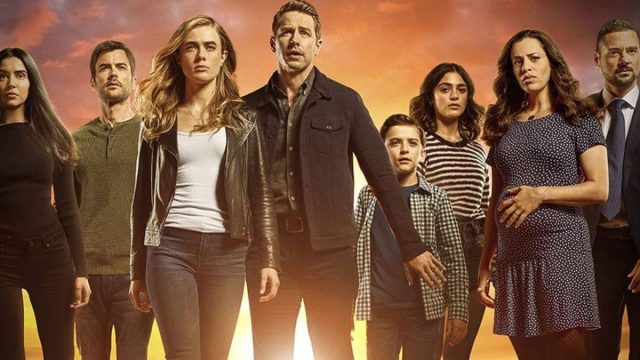 Created by Jeff Rake, the supernatural drama premiered on NBC in 2018, following the story of the crew and passengers of a commercial airliner that suddenly disappears for five years and is presumed dead, only to mysteriously return.

Manifest came into the spotlight, especially when it was cancelled in June 2021 due to declining ratings, inspiring a rather passionate fan campaign on social media, with fans wanting to know why the passengers and crew returned, however.

Fans finally saw their wish granted when Netflix picked up Manifest for its fourth and final season, which will consist of 20 episodes.

Much of the original cast will return, including Melissa Roxburgh, Josh Dallas, J.R. Ramirez, Luna Blaise, Parveen Kaur, Holly Taylor and Daryl Edwards. Despite some uncertainty about Matt Long’s return as Zeke Landon, it was later revealed that the actor has rejoined the cast.

Despite claiming to be a fan of the show, Stephen King apparently couldn’t help himself and criticized the show in a tongue-in-cheek way.

In fact, Manifest producers could learn a lot from Stephen King, since the author is a legend when it comes to horror books, sci-fi or the many films and series that have been adapted from his works.

Stephen King tweeted that he would watch with interest the revival of Manifest, only hoping that the writers would get rid of some of the stereotypical wording, such as “It’s complicated” or “Trust me”, at least this time.

Beyond that, it should be noted that Stephen King advocated bringing the show back to small screens after its cancellation.

I hope they can avoid “It’s complicated” and “Trust me.” Otherwise, I can’t wait. https://t.co/JPNhvWg621